Sorrento’s COVID-19 Antidote Could be a Game Changer, Says Analyst

How do we protect those at the frontline facing COVID-19 head on? Sorrento Therapeutics (SRNE) is on it.Looking at billions of antibodies, the company identified a small group that demonstrated the ability to block the S1 protein's interaction with human angiotensin-converting enzyme 2 (ACE2), the receptor used for viral entrance into human cells. Based on this, SRNE wants to develop an antibody cocktail against SARS-CoV-2, the virus that causes COVID-19, that is still effective even if mutations occur.Weighing in for Dawson James, analyst Jason Kolbert tells clients that SRNE’s antibody, STI-1499, has already exhibited a strong performance in an early clinical setting. Expounding on this, he stated, “What was also equally impressive was the low dose, which suggests the antibody ‘fits’ its target extraordinarily well and, as such, can work at a very low dose. This could translate into the ability to scale up rapidly to millions of treatments at a very effective cost of goods.”It should be noted that the company is set to develop STI-1499 as part of this “antibody cocktail,” known as COVISHIELD, with it hoping to discuss the best pathway to make any potential treatment available as quickly as possible with regulators. Kolbert added, “Through the U.S.'s Project Warp Speed, it's possible we could see STI-1499 move rapidly to commercialization.”Adding to the good news, management said that it has the capacity to produce up to two hundred thousand doses per month. While the current goal is to manufacture a million doses, the company thinks it can produce tens of millions of doses in a short timeframe.Speaking to the market opportunity, Kolbert commented, “We see a significant market opportunity in treating frontline workers (doctors, nurses and other mission critical personnel, as well as occupants of military ships at sea) to prevent and treat COVID infection. If we assume pricing below Remdesivir ($4,000) and a million doses equals a $4 billion opportunity for this potential antidote.”STI-1499 isn’t the only thing the company has going for it. Through its majority owned position in Scilex, SRNE is working on several non-opioid pain management therapies including resiniferatoxin, a toxin that ablates afferent nerves, as well as Scilex SP-102, an epidural steroid injection designed as a treatment of sciatica pain. It also boasts cell therapy programs that target both solid and liquid tumors.To this end, Kolbert initiated coverage on Sorrento shares with a Buy rating, while setting a $24 price target. This target puts the upside potential at a whopping 373%. (To watch Kolbert’s track record, click here)Judging by the consensus breakdown, it has been relatively quiet when it comes to other analyst activity. Only one review has been issued recently, and it was bullish, so the consensus rating is a Moderate Buy. (See Sorrento stock analysis on TipRanks)To find good ideas for healthcare stocks trading at attractive valuations, visit TipRanks’ Best Stocks to Buy, a newly launched tool that unites all of TipRanks’ equity insights. 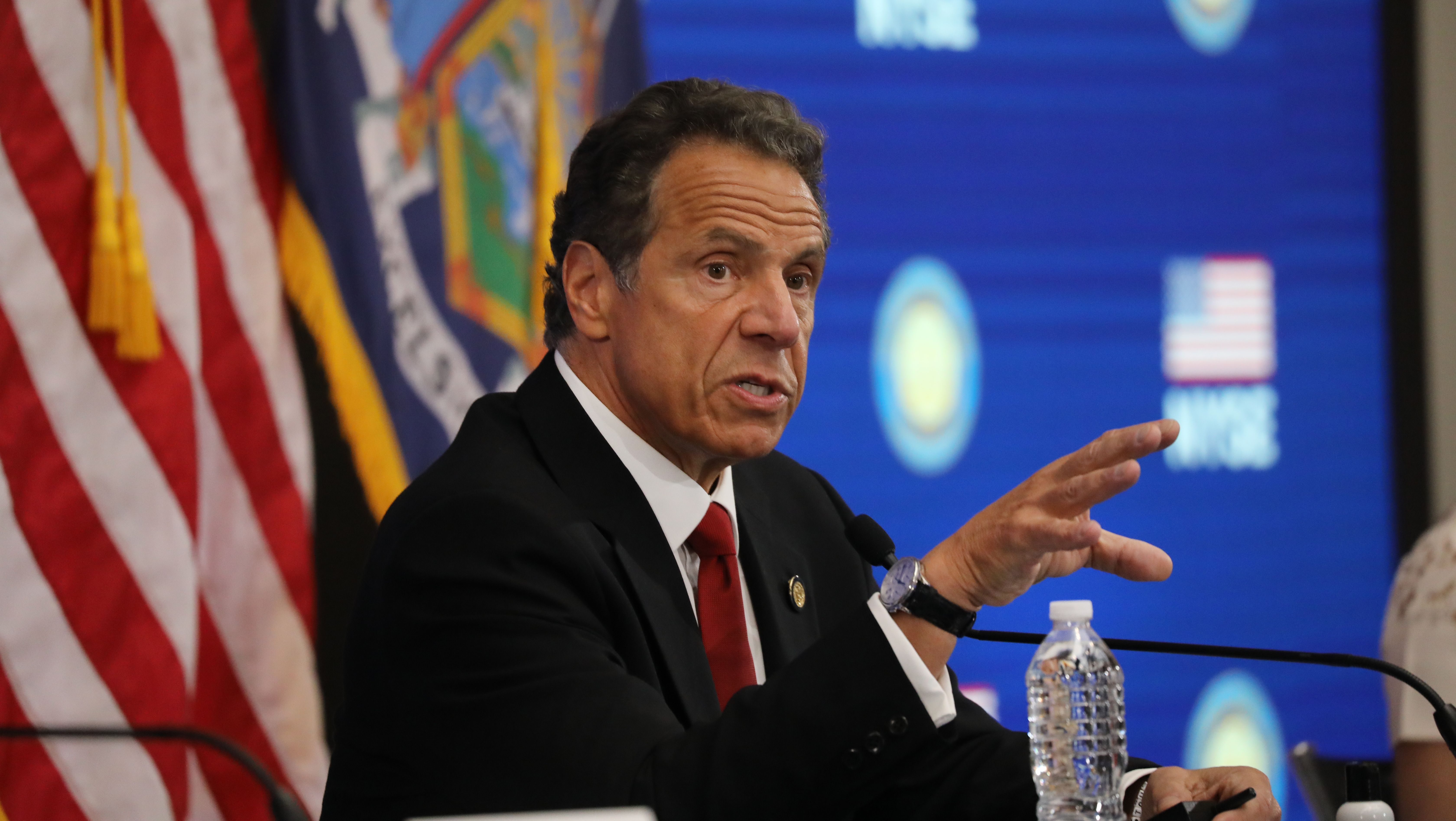 On Tuesday, stocks finished higher, though they pared gains after Bloomberg report late in the session that the U.S. was considering sanctioning Chinese officials and firms over new national security efforts imposed on Hong Kong. 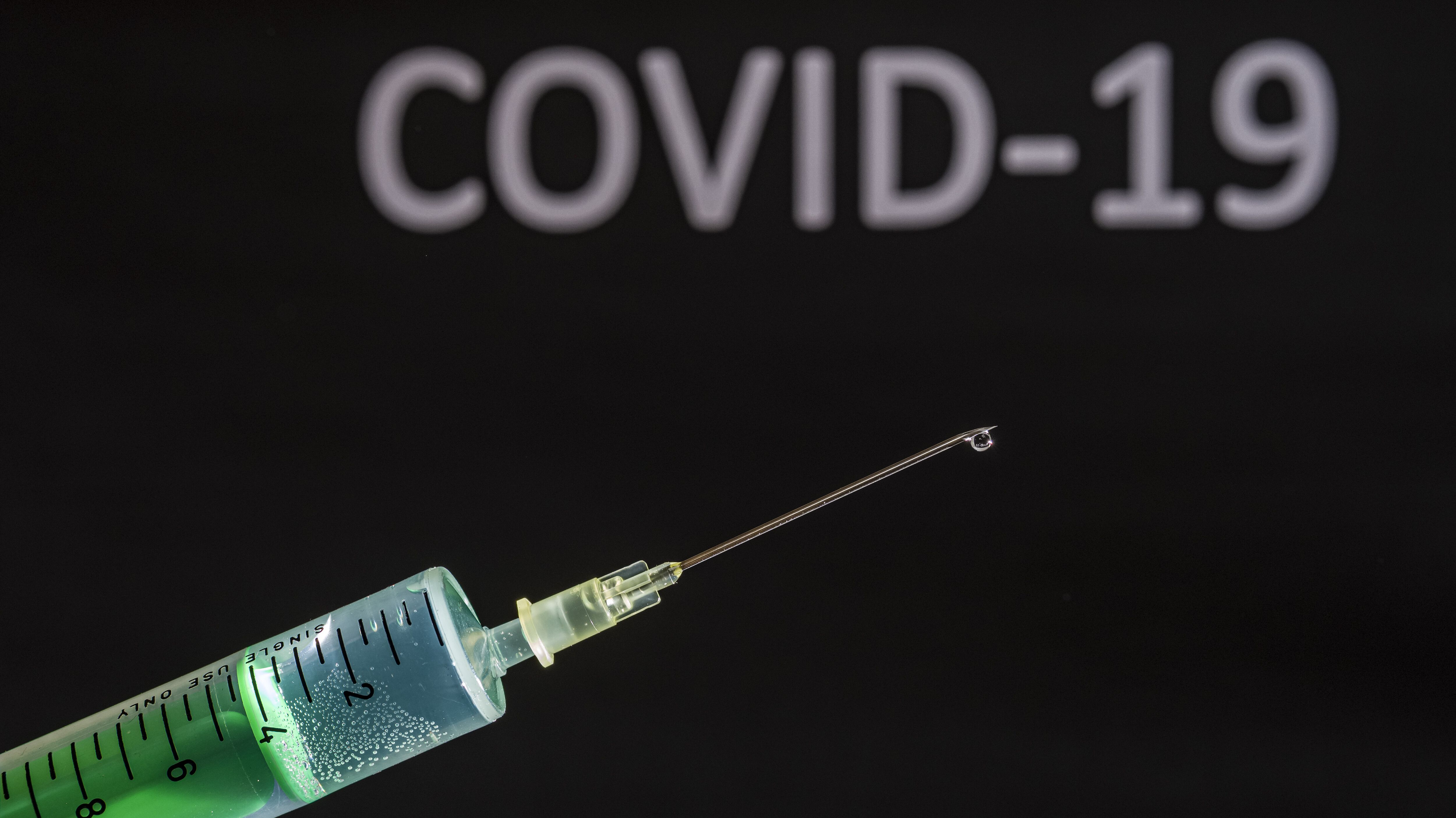 On Tuesday, Novavax announced that it was moving forward with its clinical trials for its coronavirus vaccine. This comes as a Merck announced it would begin to develop its own vaccine with IAVI and that the company would purchase Austrian vaccine maker Themis Bioscience. Yahoo Finance’s Anjalee Khemlani joins The Final Round to break down the latest news about the coronavirus. 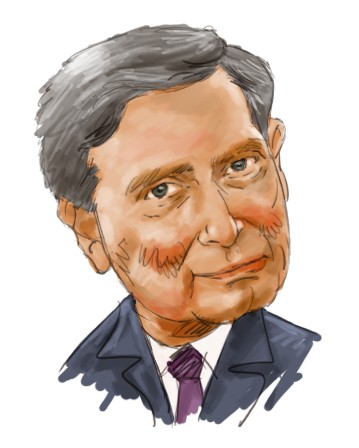 In this article we will take a look at whether hedge funds think QUALCOMM, Incorporated (NASDAQ:QCOM) is a good investment right now. We check hedge fund and billionaire investor sentiment before delving into hours of research. Hedge funds spend millions of dollars on Ivy League graduates, unconventional data sources, expert networks, and get tips from […] 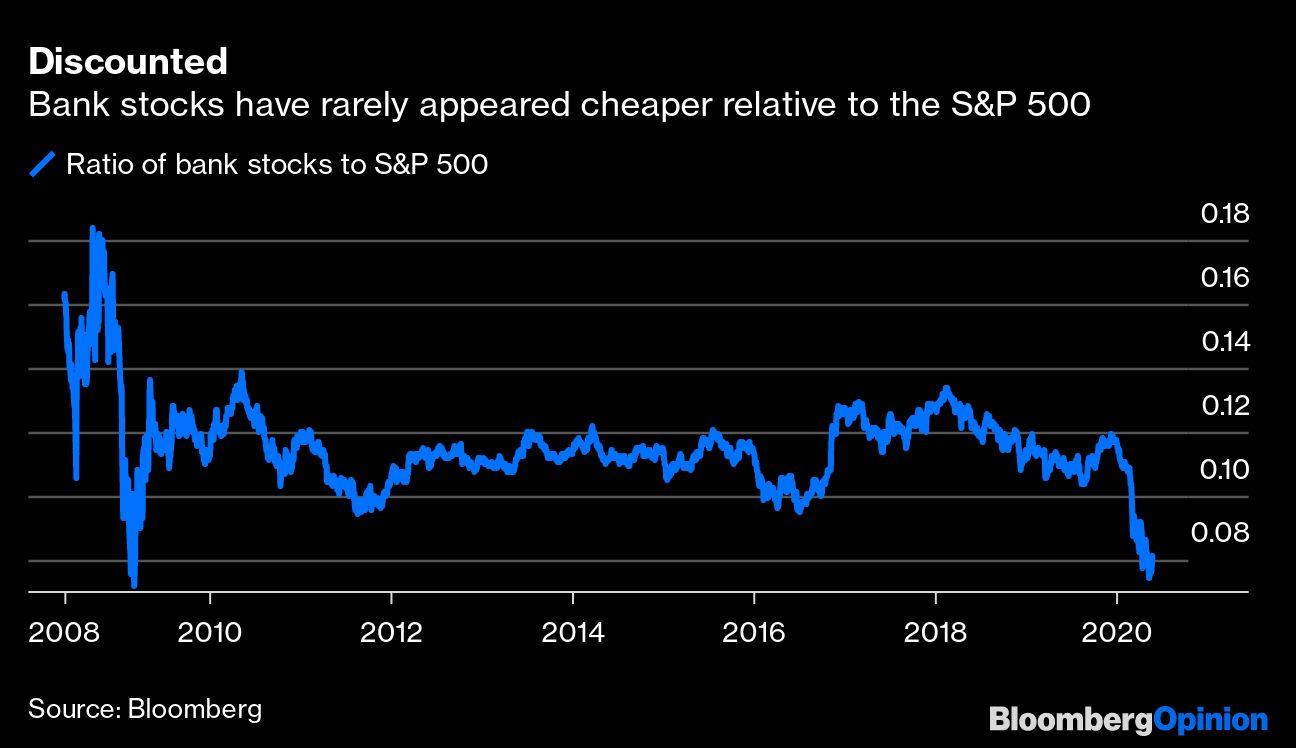 Bank Stocks Are Either Cheap or Signal More Pain

(Bloomberg Opinion) -- Something strange happened in the U.S. stock market on Tuesday.No, it wasn’t that the S&P 500 crossed 3,000 for the first time in almost three months, generating a yelp of joy from the White House and groans from Wall Street veterans who remain perplexed at the seeming disconnect between financial markets and the American economy.Rather, the most unusual part of the latest rally is that bank shares clearly led the advance. As of last week, Bloomberg’s 18-company S&P 500 Banks Index was down more than 40% in 2020, trailing the broader stock market by an almost unprecedented degree since the coronavirus pandemic shut down the world’s largest economy. However, the index soared 9% on Tuesday, far and away a bigger gain than any of the other 23 industry groups. A simple ratio of this bank index to the broad S&P 500 shows the extent to which financials have been beaten down so far in 2020 relative to other segments of the stock market. The gauge fell on May 13 to a level seen only twice before in data going back three decades, both in March 2009. The banks swiftly rebounded in the following months as the U.S. recession officially drew to a close in June of that year.As investors weigh the drastic gains on Wall Street against the backdrop of widespread unemployment and shuttered small businesses on Main Street, the performance of bank stocks may prove to be a crucial barometer of whether markets can sustain their exuberance. Few analysts dispute that shares of financial companies are cheap on a relative basis — but sometimes prices are depressed for good reasons. Inexpensiveness alone isn’t a compelling enough reason to expect banks to bounce back as they did in 2009. Instead, perhaps more than any other industry, a lasting rally will come down to investors’ conviction in a sharp and sustained economic recovery.Investors have a few obvious reasons to be wary of U.S. banks. For one, long-term interest rates are near record lows while traders have started to wager on negative short-term rates, even as Federal Reserve officials repeatedly question the policy. All this points to lower net interest income, a crucial metric that reflects the spread between what a company earns on its loans and what it pays on its deposits. Meanwhile, large banks have already halted share buybacks, and minutes from April’s Federal Open Market Committee meeting revealed that policy makers are debating whether they should also restrict their ability to pay dividends to shareholders during the pandemic.Whether those downsides merit a $1 trillion wipeout, akin to the 2008 financial crisis, is not so clear cut. As Bloomberg News’s Lu Wang and Felice Maranz reported, at that time the financial industry’s earnings worsened for eight consecutive quarters, but analysts only expect profit declines to last half as long this time around. Banks are broadly considered to be well capitalized — certainly much more than they were 12 years ago when they had to be bailed out by the government. JPMorgan Chase & Co. Chief Executive Officer Jamie Dimon expressed confidence in mid-April, when the outlook was even more uncertain than today, that the biggest U.S. bank can handle “really adverse consequences.” He said on Tuesday that the U.S. could see a “fairly rapid recovery.”“The government has been pretty responsive, large companies have the wherewithal, hopefully we’re keeping the small ones alive,” he said at a virtual conference hosted by Deutsche Bank AG.It’s far too soon to declare an “all clear” on the economy, but it’s starting to look as if actions from the Fed and Congress at least helped the U.S. clear the low bar of avoiding the worst-case scenario. The numbers are still awful, especially when it comes to unemployment, but data released Tuesday showed an unexpected increase in new-home sales in April compared with those a month earlier. Broadly, Citigroup Inc.’s economic surprise index is off its lows, indicating that recent figures aren’t quite as bad as analysts expected.“The economic data have been so darn grim lately with job losses in the tens of millions that the green shoots of optimism from better consumer confidence and new home sales are welcome,” Chris Rupkey, chief financial economist at MUFG Union Bank NA, wrote on Tuesday. “We still can’t see a V-shaped recovery, but at least this is looking like the shortest recession in history which will be measured in months not years.”If that’s the case, investors will likely look back on the past few weeks as a time when bank stocks became far too cheap compared with other parts of the market. Yet Tuesday’s seemingly huge rally still leaves financial companies worth far less than before the pandemic, and it seems reasonable to expect they’ll remain that way for a while. After all, it’s anyone’s guess just how many loans will end up going bad and saddle banks with losses. There are far more moving parts to JPMorgan’s bottom line than that of, say, Netflix Inc., which fell 3% on Tuesday, the most in almost a month.It’s never a good idea to read too much into one optimistic trading day, especially coming out of a U.S. holiday weekend in which many Americans probably got a taste of “normal” pre-pandemic activities. But on its face, Tuesday looks as if it could be something of a turning point for bank shares. The follow-through will indicate if they were just too cheap to pass up, or if the economy truly is on the mend.This column does not necessarily reflect the opinion of the editorial board or Bloomberg LP and its owners.Brian Chappatta is a Bloomberg Opinion columnist covering debt markets. He previously covered bonds for Bloomberg News. He is also a CFA charterholder.For more articles like this, please visit us at bloomberg.com/opinionSubscribe now to stay ahead with the most trusted business news source.©2020 Bloomberg L.P. 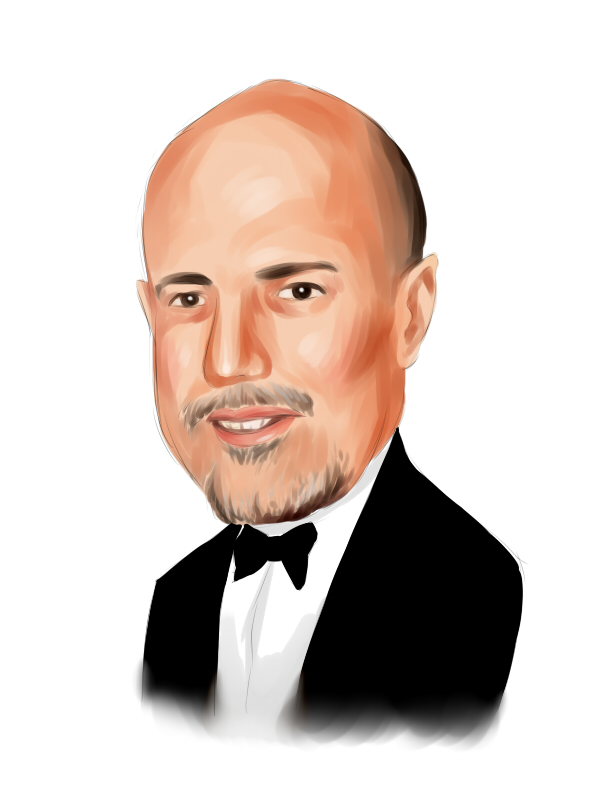 Hedge Funds Have Never Been This Bullish On Zynga (ZNGA) 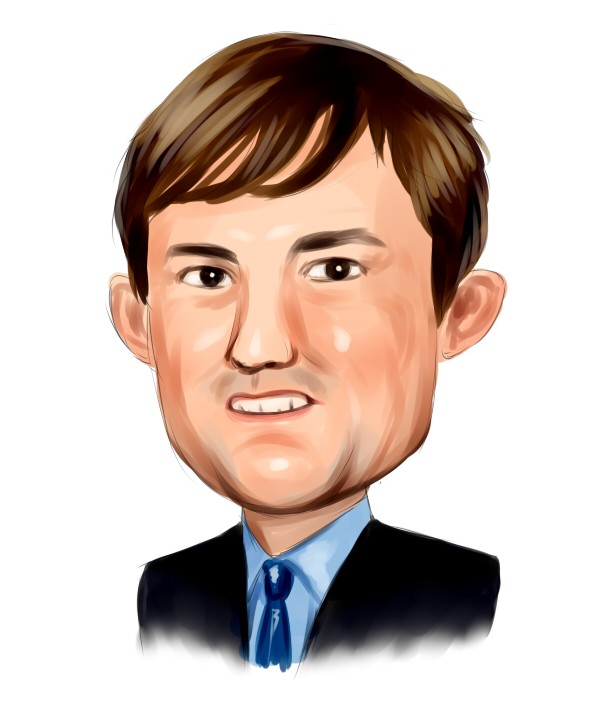 The latest 13F reporting period has come and gone, and Insider Monkey is again at the forefront when it comes to making use of this gold mine of data. We at Insider Monkey have plowed through 821 13F filings that hedge funds and well-known value investors are required to file by the SEC. The 13F […] 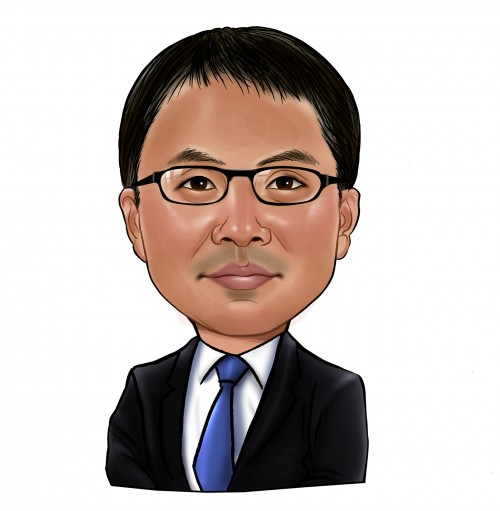 Hedge Funds (Except Einhorn) Have Never Been This Bullish On Tesla Inc. (TSLA)

The financial regulations require hedge funds and wealthy investors that exceeded the $100 million equity holdings threshold to file a report that shows their positions at the end of every quarter. Even though it isn't the intention, these filings to a certain extent level the playing field for ordinary investors. The latest round of 13F […] 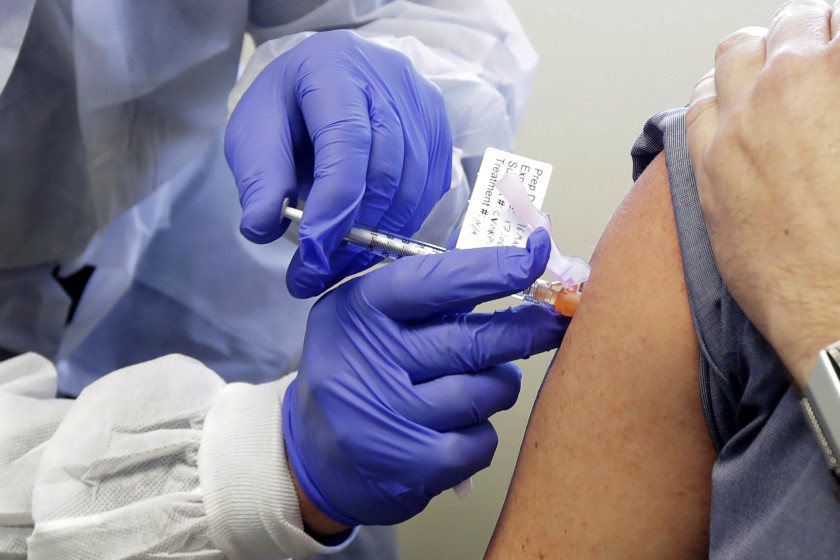 Within 48 hours of Moderna's vaccine announcement, its execs sold $29 million in shares. 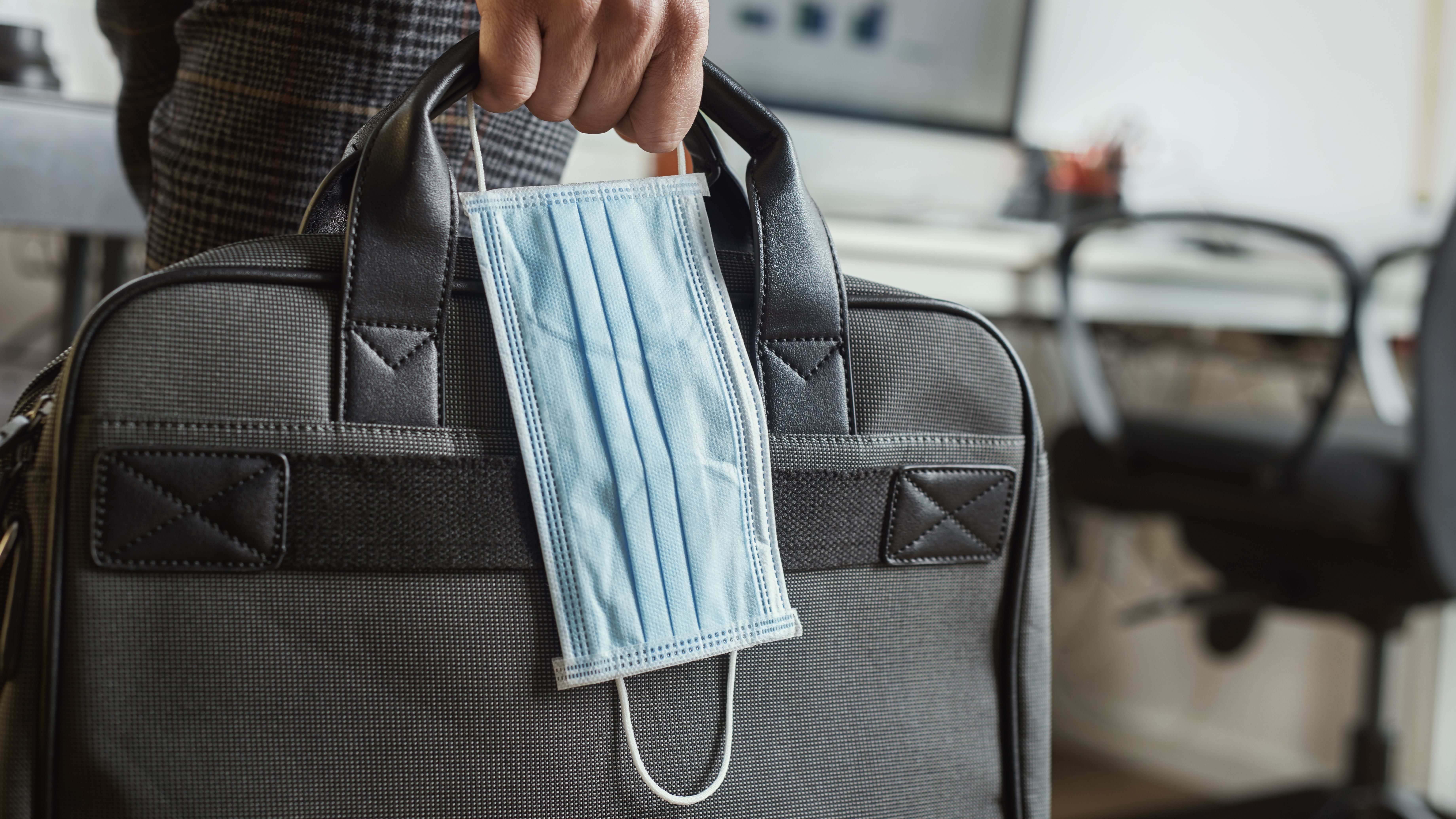 Why economy is going to reach a 'Wile E. Coyote moment’: Economist 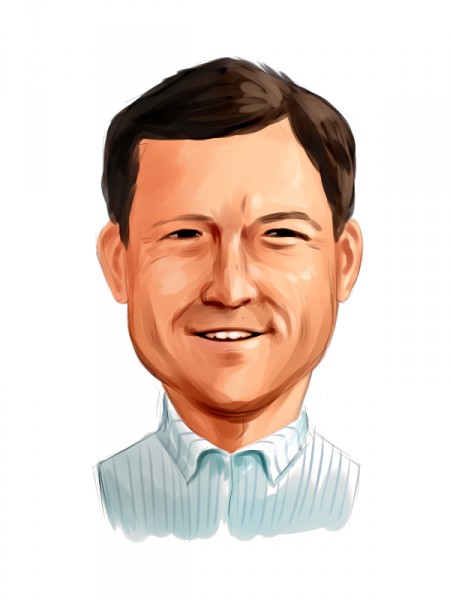