Chinese manufacturers signaled a modest deterioration in operating conditions at the start of 2016,  with  both  output  and  employment  declining  at  slightly  faster  rates than in December. Total new business meanwhile fell at the weakest rate in seven months, and despite a faster decline  in  new  export  work.  Nonetheless,  lower  production  requirements  led  companies  to cut back on their purchasing activity and inventories of inputs. On the prices front, both input costs and output charges fell again in January, though at the weakest rates in seven months.

Weaker client demand led manufacturers to discount their prices charged again in January, thereby extending the current sequence of deflation to 18 months (although the rate of reduction was the slowest seen since June 2015). Lower selling prices were supported by a further fall in average input costs at the start of the year. In line with the trend for charges, the rate of decline eased to the weakest in seven months. Lower cost burdens were generally linked to reduced raw material prices. 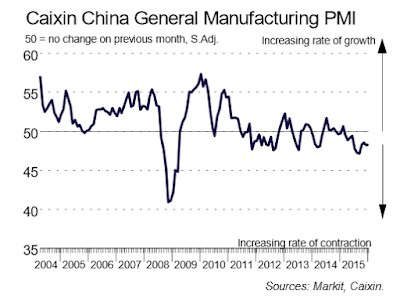 "The Caixin China General Manufacturing PMI for January is 48.4, up 0.2 points from December. Sub-indexes show a softer fall in new orders, which contributed the most to the improvement in the overall figure. Recent macroeconomic indicators show the economy is still in the process of bottoming out and efforts to trim excess capacity are just starting to show results. The pressure on economic growth remains intense in light of continued global volatility. The government needs to watch economic trends closely and proactively make fine adjustments to prevent a hard landing. It also needs to push ahead with existing reform measures to strengthen market confidence and to signal its intentions clearly.”

If China is beginning to "show results", those results aren't pretty.

Depending on how one defines "hard landing", China is doomed. A couple years ago a "hard landing" was believed to be 6% growth. By that definition, a hard landing is baked in the cake.

Perhaps a couple years from now, 3% won't seem any harder than 6% did two years ago. 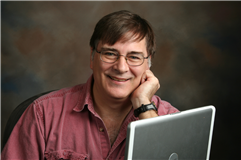