Journalists at the Financial Times have passed a vote of no confidence in the newspaper’s chief executive, John Ridding, after a live webcast of a speech he was making to staff was stopped ahead of a debate about issues including his multimillion-pound pay package.

Relations between the National Union of Journalists chapel at the Financial Times and management hit rock bottom in the summer when it emerged that Ridding had been paid £2.6m while the newspaper made an operating profit of £5.2m, prompting a backlash that saw him hand back about £500,000. The FT Group, the parent company of the newspaper, made more than £20m in profits. The Nikkei Group Puts the Financial Times in the Pink 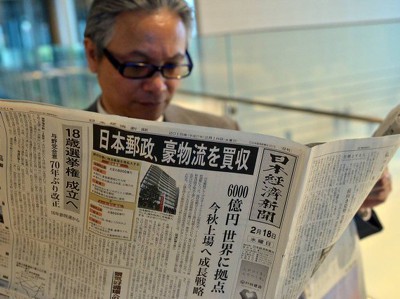