Noon briefing by Farhan Haq, Deputy Spokesperson for the Secretary-General.

SECRETARY-GENERAL'S REMARKS AT HIGH-LEVEL MEETING ON DEVELOPMENT
This morning, the Secretary-General spoke at the opening of the High-Level Political Forum Ministerial Segment.
He said that development is not sustainable if it is not fair and inclusive, and warned that rising inequality hinders long-term growth.
The Secretary-General said that for development to be fully inclusive, countries must dramatically scale up public and private investments for the Sustainable Development Goals; take global climate action in a manner that reduces inequality by creating jobs and safeguarding the environment; step up the implementation of the Global Compact for Safe, Orderly and Regular Migration; and strengthen their commitments to justice, tolerance, gender equality and human rights.
He said the people of the world do not want half measures or empty promises. They are demanding transformative change that is fair and sustainable. He called on countries to use the UN meeting in September to ratchet up the ambition and highlight the imperative of inclusion.
And this afternoon, the Secretary-General will speak at the 25th Anniversary of the International Conference on Population and Development, where he will stress the need to continue working for access to sexual and reproductive health, as well as gender equality.

FLOODS
You will have seen the statement issued yesterday evening in which the Secretary-General expressed his sadness at the loss of life, displacement of people and destruction of property due to the heavy monsoonal rains and associated flooding across South and South-East Asia, most notably in India, Bangladesh, Nepal and Myanmar.
He extended his condolences and solidarity to the families of the victims, to the Governments and people of the affected countries, adding that the United Nations stands ready to work with the authorities in the affected countries as they respond to the humanitarian needs resulting from this ongoing monsoon season.
Our humanitarian colleagues tell us that, in Bangladesh, more than 270,000 people have been affected by rain and landslides, with 14 people reportedly having been killed. The UN and humanitarian agencies are standing by to provide support if required.
In India, more than one million people have been affected and 11 killed, with more than 16,000 people having been evacuated. UNICEF has been coordinating with state authorities and local partners to provide technical assistance.
Meanwhile, in central and eastern Nepal, more than 60 people have been killed and some 80,000 displaced. Local authorities and humanitarian agencies have been delivering relief items and medical assistance. 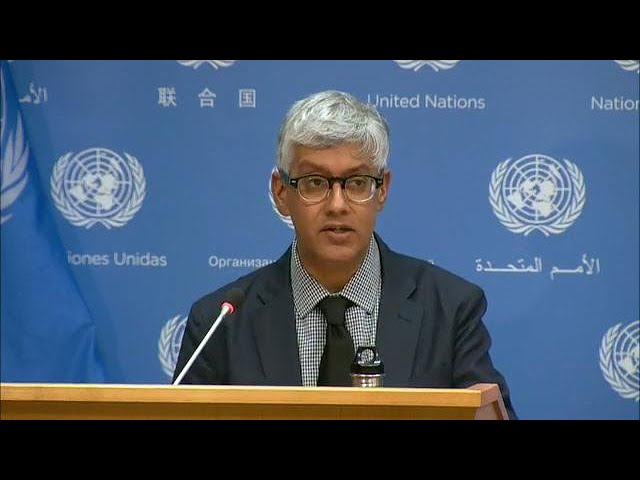