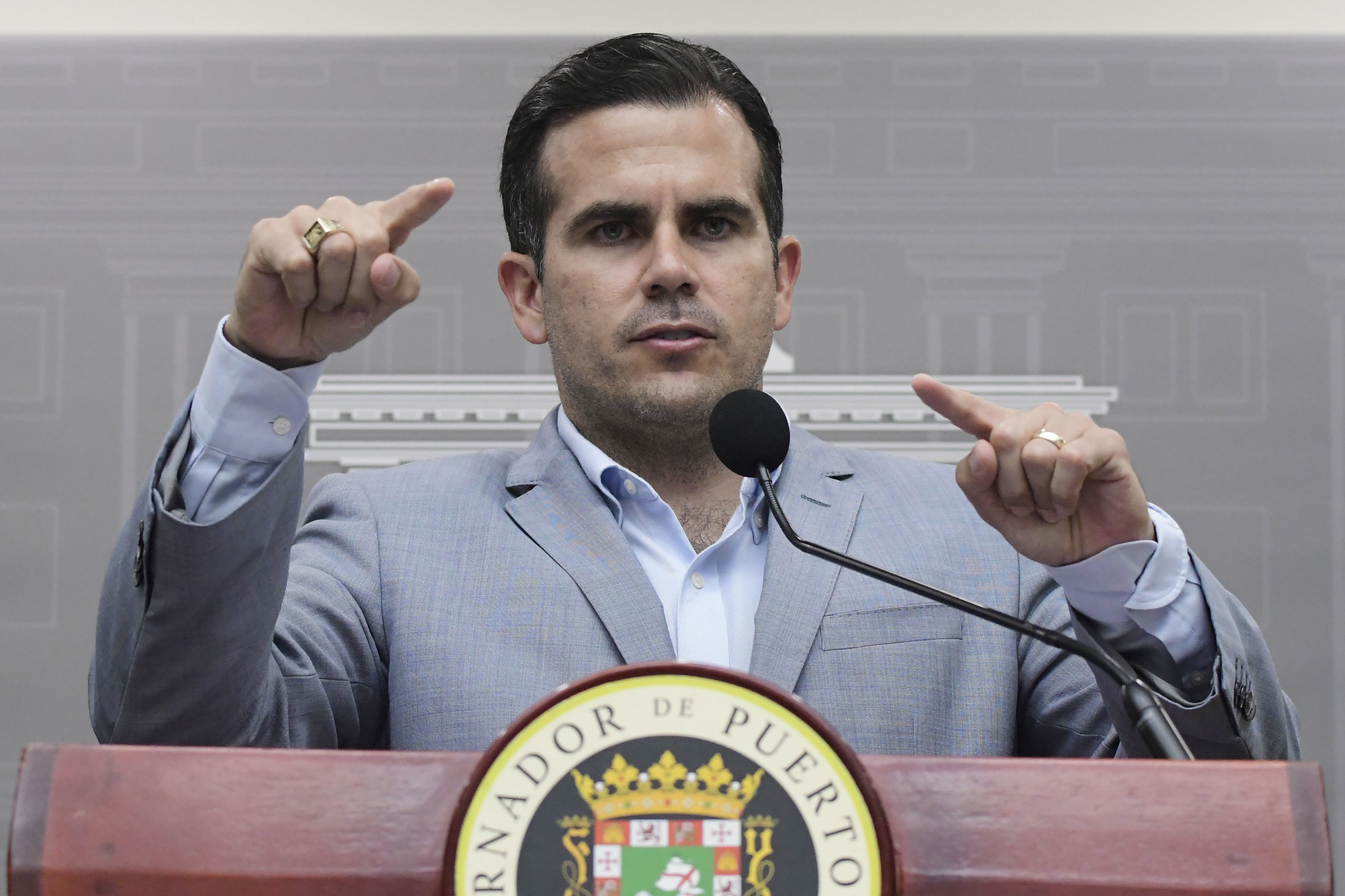 Puerto Rico Gov. Ricardo Rosselló announced Sunday he will not be seeking re-election in 2020 and will step down as head of his party.

He did not, however, resign.

Rosselló’s announcement came as thousands of protesting Puerto Ricans have been demanding his resignation after hundreds of pages of offensive text messages and chats were leaked.

The leaked messages between Rosselló and some officials in his administration mentioned manipulation of public opinion polls, inappropriate comments about political rivals, and jokes about the death toll that resulted from Hurricane Maria.

At a news conference earlier this month, Rosselló apologized for the messages but has refused to resign despite the public furor and demands for him to leave office. On Sunday, he remained firm and said he would welcome the legislative impeachment proceedings that Puerto Rican legislators are considering, saying he would defend himself.

“To every Puerto Rican man and every Puerto Rican woman, I’ve heard you and I hear you today,” he said Sunday in a Facebook livestream. “I’ve made mistakes and I have apologized. I am a good man who has a great love for my island and for everyone.”

“Nevertheless, I understand that apologizing is not enough,” Rosselló said before he made his announcement.

Results of the Q3 2020 ECB Survey of Professional Forecasters

Consumption of durable goods in the euro area