In a new monthly post, S&P Global Platts analyzes China’s key economic indicators, and what they mean for the metals sector.

Chinese commodity prices softened over September and into the first half of October, while economic data was mixed over the same period.

But compared to other global markets, China is doing pretty well. This was evidenced by countries including South Korea, Russia and India all targeting China with steel due to a lack of buyers elsewhere. Chinese domestic prices are relatively high and are curbing the country’s ability to compete in export markets. The outlook for the rest of the fourth quarter is fairly bearish as cold weather slows construction activity.

China’s Producer Price Index, which reflects factory gate prices, fell to its lowest level for more than three years in September, as weak demand pulled down commodity prices and hurt industrial profits. Export orders and investor confidence continue to be undermined by tensions with the US. China’s manufacturing sector is showing signs of improvement with Caixin’s purchasing managers’ index hitting a 19-month high of 51.4 points in September. Chinese manufacturers said input costs jumped in September but they are likely to ease this month as steel prices have fallen.

Notwithstanding China’s historic GDP low of just 6% for Q3, S&P Global Platts does not expect the stimulus cavalry to ride to the rescue. Beijing does not want to flood the economy with liquidity, create more unproductive white elephant projects, and pile more onto China’s already considerable pile of debt. Economic stability is key and the government will do just enough to support the economy and nurse it through to the end of the year. When it comes to commodities and energy demand, the future is likely to be a case of lower for longer.

Fake Markets Are on Collision Course with Reality

Coronavirus Crisis in China: What To Believe? Brave Journalist Lifts Veil of Secrecy

China Is Censoring Coronavirus Stories. These Citizens Are Fighting Back. 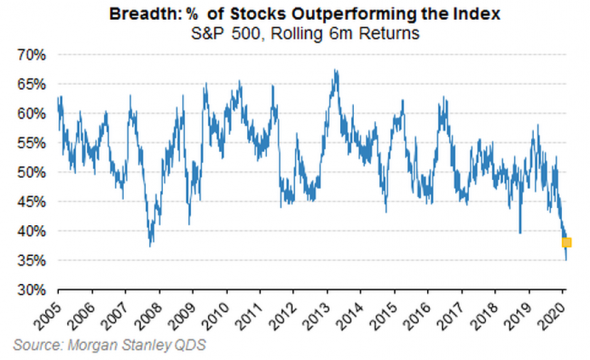