“Trade wars are good, and easy to win,” President Donald Trump tweeted in March 2018 after imposing sweeping tariffs on US imports of steel and aluminum. The application of a little-known trade remedy sent shockwaves across the metal markets and upended well-established supply chains.

More than two years have passed since the Section 232 investigation was carried out by the US Department of Commerce, under provisions in a 1962 trade act, and 20 months since the tariffs were imposed on the grounds of national security.

The 25% tariff on steel imports to the US appears to have had more impact on company balance sheets and investment decisions than the 10% tariff on aluminum imports. Nonetheless, North American metals markets have been rattled.

Steel prices in the US neared 10-year highs during the summer of 2018 on the back of the tariffs. The daily Platts TSI US hot-rolled coil index, a bellwether finished steel price, surged by almost 57% from the fourth quarter of 2017 to a peak of $920 per short ton in early July 2018.

The rise in US steel prices, much more than anticipated, kicked off a celebratory atmosphere for many US steelmakers with US Steel CEO David Burritt declaring a “renaissance” for the industry.

The party in 2018 has been followed by a tariff-induced hangover in 2019. Prices went on a nearly year-long skid from July 2018 to July 2019, with 10-year highs replaced by three-year lows. The drop pushed steel prices to levels not seen since the collapse of oil prices in 2015-2016.

The decline of steel prices had two main causes. Prices overreacted to the 25% tariffs as uncertainty and the fear of a supply crunch led to a sharp increase in buying activity. The runaway prices only fueled more buying as market participants who waited faced higher domestic prices when they finally placed orders.

The rollout of the tariffs left market players confused about the rules of the game. The application of the tariffs was broader than many expected and between March and June there was an ever changing landscape of which countries were subject to the tariffs.

However, as trade policy calmed in the second half of 2018 and the tariffs were established, buyers began reducing long positions as inventory costs started to look inflated. The destocking continued into the first quarter of 2019 with a brief pause before resuming through the summer of 2019.

The second contributing factor to the decline was a pickup in supply from restarted domestic capacity and higher mill run rates. Domestic steelmakers, like US Steel, looked to capitalize on the high steel prices by bringing back previously shuttered capacity. By October 2018, US Steel had restarted two blast furnaces at its Granite City Works in Illinois with a rated raw steelmaking capability of 2.8 million st/year.

India-based JSW moved further into the US market by acquiring an Ohio-based mill in March. The steelmaker restarted its electric-arc furnace in December 2018.

The restarted capacity was coupled with higher mill utilization rates following the tariffs, leading to the highest annual domestic steel production since 2014 at 95.47 million st.

Despite the price slide in the second half of 2018, the year went down in the record books for domestic steelmakers. Nucor and Steel Dynamics Inc. both cashed in on record annual profits with Nucor netting $2.4 billion and Steel Dynamics earning $1.3 billion. Meanwhile, US Steel posted its largest annual profits since the 2008 peak at $1.1 billion.

The surge in US steelmaker profits and nearly 10-year price highs may have disappeared but the impact is set to shape the US steel industry for the next decade.

Through last year, domestic mills unleashed a flurry of new projects to expand domestic capacity. The wave of new flat-rolled supply will come online over the next three years, and is estimated at 8.2 million st, without including the restarted capacity at US Steel or JSW.

The capacity increases can be viewed through two lenses. In the glass half-full view, the new mills will be a giant leap forward that helps to modernize the US steel industry, allowing it to compete on the global stage more effectively than ever.

However, in the glass half-empty view, the added capacity will result in a glut of domestic supply and depressed prices. As a consequence, higher-cost mills will have to either shut down or consolidate. This thesis has been trademarked “Steelmageddon” by Bank of America.

“I think this is the most transparent train wreck I’ve seen in my career. And it’s coming for us,” Timna Tanners, an analyst at the bank, said in March at S&P Global Platts’ Steel Market North America conference in Chicago. “The path from here to the next five years could be pretty ugly.”

While raw steelmaking saw a production boost from section 232 tariffs, the impact was nowhere near as great for aluminum.

There is a simple reason. The US-North American aluminum industry is deeply integrated, and Canada’s smelters are a major source of aluminum for US companies.

Steel industry lobbying groups such as the American Iron and Steel Institute and Steel Manufacturers Association have energetically supported the tariffs, citing the wave of new investment and job creation. Interestingly, their counterpart, the Aluminum Association, never embraced the tariffs.

In February of this year, the Aluminum Association said: “Claims that the Section 232 tariffs on aluminum have driven a significant amount of US investment are not supported by the facts.” The group asked for the tariffs to be removed on “vital” trading partners and for the administration to focus on what it sees as the real problem – China’s excess aluminum capacity. In May, the US lifted the 10% Section 232 tariff on aluminum imports from Canada and Mexico.

Tariffs have not proved a magic bullet for the aluminum industry. Instead, the lifting of import tariffs against Canada and Mexico in May has resulted in some significant shifts in trade flows to the US from these countries.

Primary aluminum in the US in the form of ingot, sows, T-bars, billet and slab are manufactured into semi-finished products such as extruded profiles, coil, sheet and plate, foil, rod and bar, and die castings. US Census Bureau data shows that flows of unwrought aluminum from Australia, which are mainly in the form of P1020 ingots, are up 305% through August year on year. Imports from Canada were down 14.4% during the same period.

Australia, Argentina, Canada and Mexico are exempt from Section 232, but US Census data shows 36.6% of imports are still facing tariffs.

The largest supplier of sows to the US is Canada. Data from Panjiva, part of S&P Global Market Intelligence, which tracks ocean shipments to US ports, showed that of the 178,465 mt of sows only 4,976 mt or 2.8% were 99.85% purity or greater.

The September data showed Australian imports of unwrought aluminum to the US were down 50% month on month, a trend the market was expecting. Canada’s exemption from Section 232 means producers that have smelting operations in both Australia and Canada have an incentive to shift their sales. For the US market, this means less Australian ingot and more Canadian sows, which is a change from the majority of 2018 and 2019.

During Q3, duties were levied on 81.7% of imported billet – used in automotive, building and construction, HVAC and engineering – and 97.3% of imported foundry alloys – used for aluminum castings in wheels, chassis components and electrical applications.

The Panjiva data for Q3 showed that 48% of total US primary aluminum imports faced duties, mainly due to the data not including shipments from Canada by rail and road.

For the steel sector, it is possible to say the tariffs were successful in achieving the stated goals. Domestic steelmaking increased as utilization rates moved higher. In addition, imports year-to-date through September 2019 were down by 13% to 20.64 million mt, their lowest level since 2011.

Some of the more traditional steel trading partners, like Turkey, have been squeezed out due to the tariffs. Others have had a narrower offering of products or are limited by quotas.

Still, the most noticeable development in 2019 is the fact that even as imports have been severely restricted and rendered uncompetitive with domestic prices, US mills have been their own worst enemy. Import pricing has historically helped to set a floor for domestic steel prices, and mills have typically competed against imported material but rarely gone below import offers. This has not been the case in 2019. Import offers have been at a considerable premium to domestic prices through most of the year.

As one steel executive said, “the market is going to do what it’s going to do.” Translation: Market fundamentals have a way of trumping trade actions.

Exchange prices for Aluminum on both sides of the Atlantic have been reflecting the relatively weak global demand and persisting uncertainty around geopolitics and tariff regimes.

Physical aluminum producers, consumers and traders can hedge out their price risk using the London Metal Exchange’s physically deliverable contract, which has over 550 approved warehouses in 33 locations across the US, Europe and Asia.

For most of 2019 financial spreads on the LME on a month-to-month basis have been considered large enough to cover the cost of carry and financing. This in turn is supportive for premiums such as those assessed by S&P Global Platts, which reflect regional pricing.

Even with weak spot demand and pressure on flat price, traders and banks can hold positions and cover costs if carries are wide enough – around $7/month is needed on average. But cash to three-month spreads were under pressure in early November at the tightest levels since January 2019.

At that point the December 2019/January 2020 spread was in backwardation, i.e. the December contract’s price was higher than January 2020. In general, if sustained over a prolonged period of time, this would put pressure on premiums, since traders would look to sell physical or deliver on to the LME.

Meanwhile, on the CME, the US aluminum transaction premium has moved into weaker backwardation since the Canada/Mexico exemption from section 232. CME Group’s Aluminum Midwest US Transaction (symbol AUP), a benchmark settled on a monthly basis against Platts’ US Aluminum Transaction premium, had a spot-to-six month spread of around 0.75 cents/lb in mid-October, from 2.85 cents/lb in May 2019 right after the announcement that tariffs on Canada would be lifted, which was a new high for the year.

Calendar year 2020 premiums in the US dropped sharply in Q4 due to recent selling pressure from producers. This came after 2020 demand was revised lower both in the US and globally by major producers and banks, while the possibility of production increases by Chinese smelters in 2020 also looms.

As open interest declined during 2019 so did AUP average daily volumes, which sits at 7,250 mt per day, down from 10,300 during the same period in 2018, due to uncertainties over tariffs and macroeconomic trends. A reduction in US imports and drawing on inventories has also contributed, as market participants seek to avoid holding expensive stock, potentially at a loss.

Weak carry spreads and business conditions looked set to spur producer and fund selling into year-end and the drawing down of producer inventories, with a negative impact on the near-term flat price and premiums. 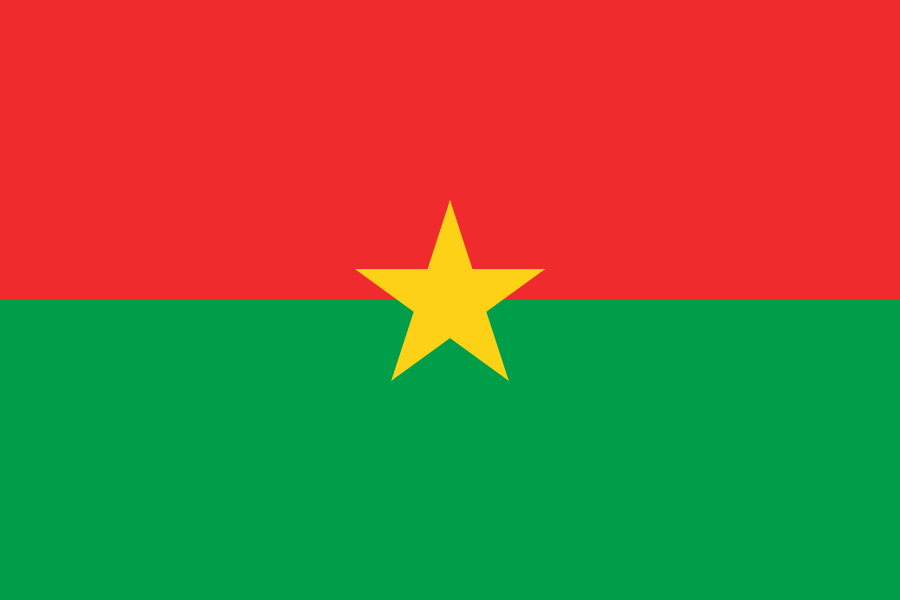 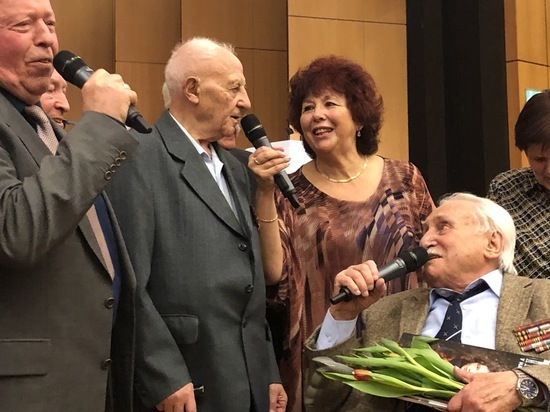