Crazy History: What Would Have Happened If Adolf Hitler Died In World War I? 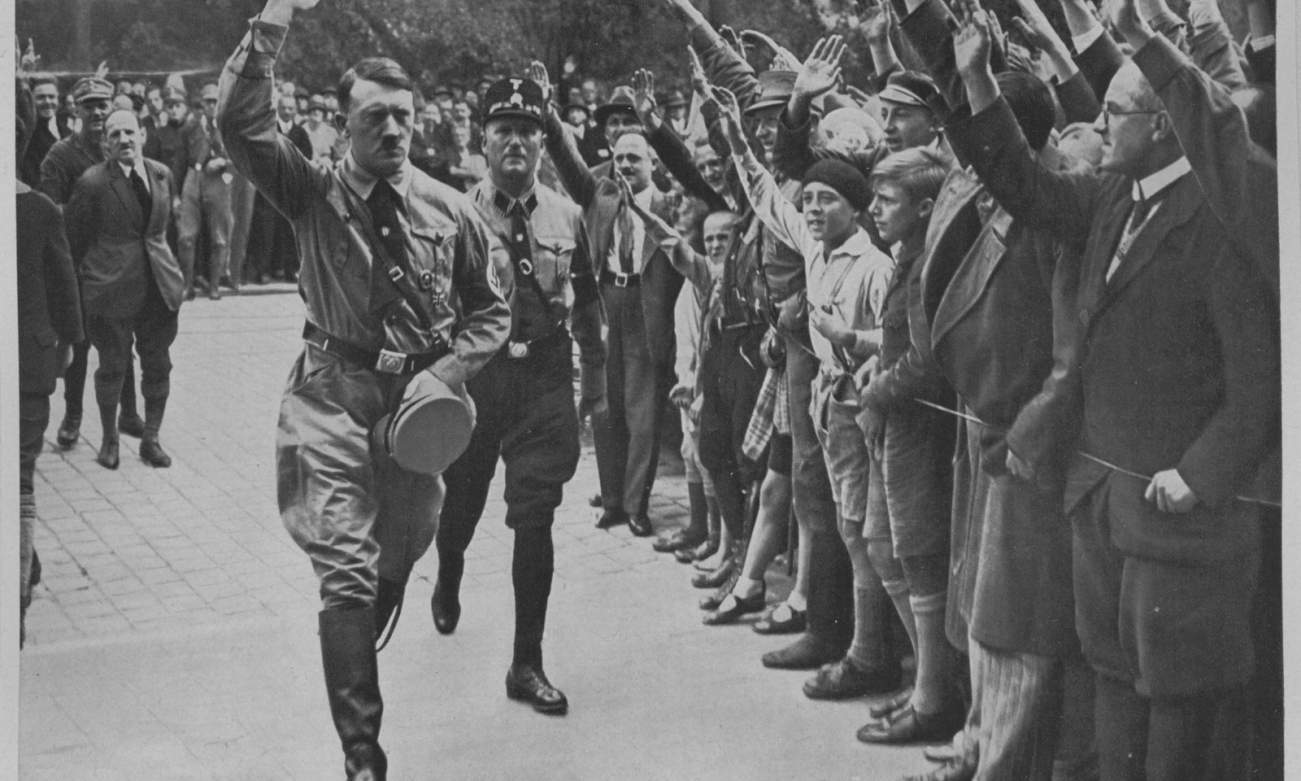 Millions could have been spared.

Key point: Germany's anger at the Treaty of Versailles would still have been present.

Legend has it that on September 28, 1918, a wounded Private Adolf Hitler lay in the sights of Henry Tandey, a British soldier who would receive the Victoria Cross for his daring actions in engagement in Marcoing, France.

Tandey supposedly took pity on the limping German soldier, who nodded in gratitude and made his escape.

While historians believe this incident was fabricated by Hitler himself, the apocryphal legend nonetheless poses a provocative question: how differently might world history have turned out with just one more pull of the trigger amidst the senseless slaughter of World War I?

In other words—was World War II bound to happen due to larger economic and political forces? Or was it uniquely a product of a monstrous yet charismatic leader bending the streams of history in his wake?

Would the Nazis have risen to power without Hitler?

The Nazi party’s earlier incarnation was the German Worker’s Party (DAP), founded by a locksmith named Anton Drexler. In fact, Hitler was originally assigned by German Army intelligence after World War I to infiltrate DAP, but ended up a convert and became party leader in 1921.

Therefore, a working-class far-right party was likely in the cards for Germany even without Hitler, carried by the same currents of economic distress and revanchist anger that the supposedly “undefeated” Imperial Germany had been “stabbed-in-the-back” by surrendering in World War I.

But on the other hand, there’s decent evidence that the Nazi’s rise to power came from unusual circumstances tied to Hitler himself. That’s because even with Hitler, the Nazis received only 37 percent of the vote in the 1932 election.

Most Germans (53 percent) reelected general and statesman Paul von Hindenburg, who was supported by German center-right- and center-left parties, into the presidency. Despite personally disliking Hitler, the 84-year-old Hindenburg struggled to form a coalition and was eventually convinced to appoint Hitler chancellor. Following a staged attack on the Reichstag, Hitler then persuaded Hindenburg to dissolve the Reichstag, allowing Hitler to rule by decree.

Treasury Secretary Lew's Exit Memo: Eight Years of Progress at Treasury and a Look to the Future of American Financial Prosperity

Harnessing the Power of Financial Data

Unveiling the Future of Liberty

A Comparison between the College Scorecard and Mobility Report Cards