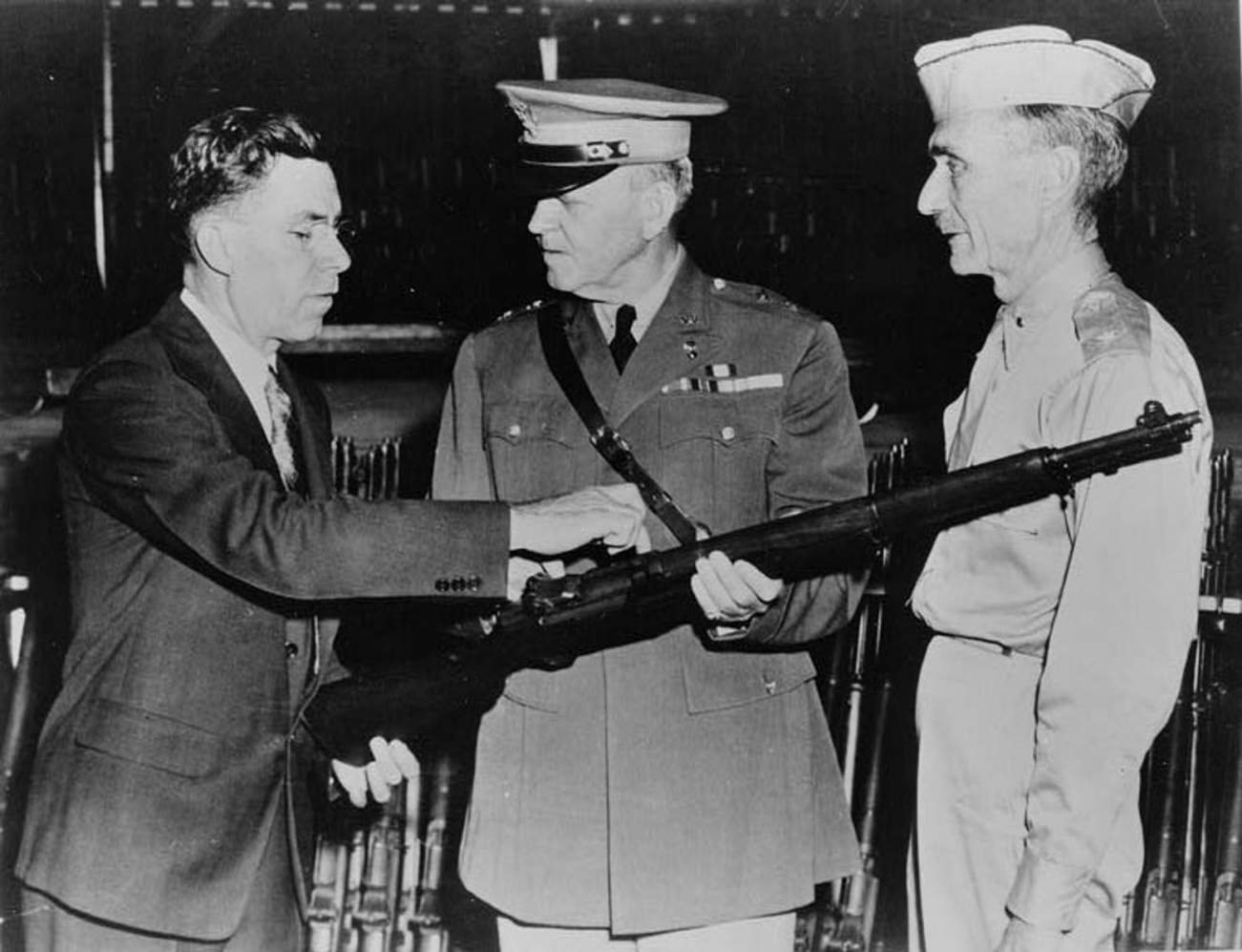 On the battlefield, it was unstoppable.

Key point: The most important word for the M-1 Garand is "reliability."

Some might be surprised that the self-promoting Patton did not consider himself the greatest battle implement ever devised. But Patton knew a thing or two about killing – and he knew that in the hands of Allied troops the Garand did its share of killing.

In a world filled with bolt-action rifles on both sides of World War II, the gas-operated semi-automatic M-1 stood out from the crowd.

The Garand fires the hard-hitting caliber .30-06 round at even distant targets as fast as a soldier can pull the trigger. Additionally, it possesses qualities beloved by all troops. It is easy to clean, reliable even in the worst battlefield conditions and solidly built.

Although both the Germans and the Soviets experimented with semi-automatic rifles – the Gewehr 43 and the SVT-40, for example – neither was as widely distributed or used as the M-1.

Adopted before World War II, the Garand also saw action in Korea as well limited service in Vietnam. What’s more, tens of thousands of surplus M-1s ended up in the arsenals of America’s allies around the world.

But there were times during its genesis when there were serious doubts whether the M-1 would ever work. Design problems hampered its manufacture, and skeptics in the U.S. military still had a love affair with the tried-and-true M-1903 Springfield bolt-action rifle.

But the M-1 proved its worth, making it one of the most popular weapons … ever. “For the American forces the M-1 Garand was a war-winner whose strong construction earned the gratitude of many,” Chris Bishop and Ian Drury wrote in Combat Guns.

First, let’s get the pronunciation correct.  John Cantius Garand, the Canadian-born weapons genius who designed the namesake M-1, pronounced his name in a way that rhymes with “errand,” according to Maj. Gen. Julian Hatcher, a close friend of the designer and a U.S. Army weapons expert.