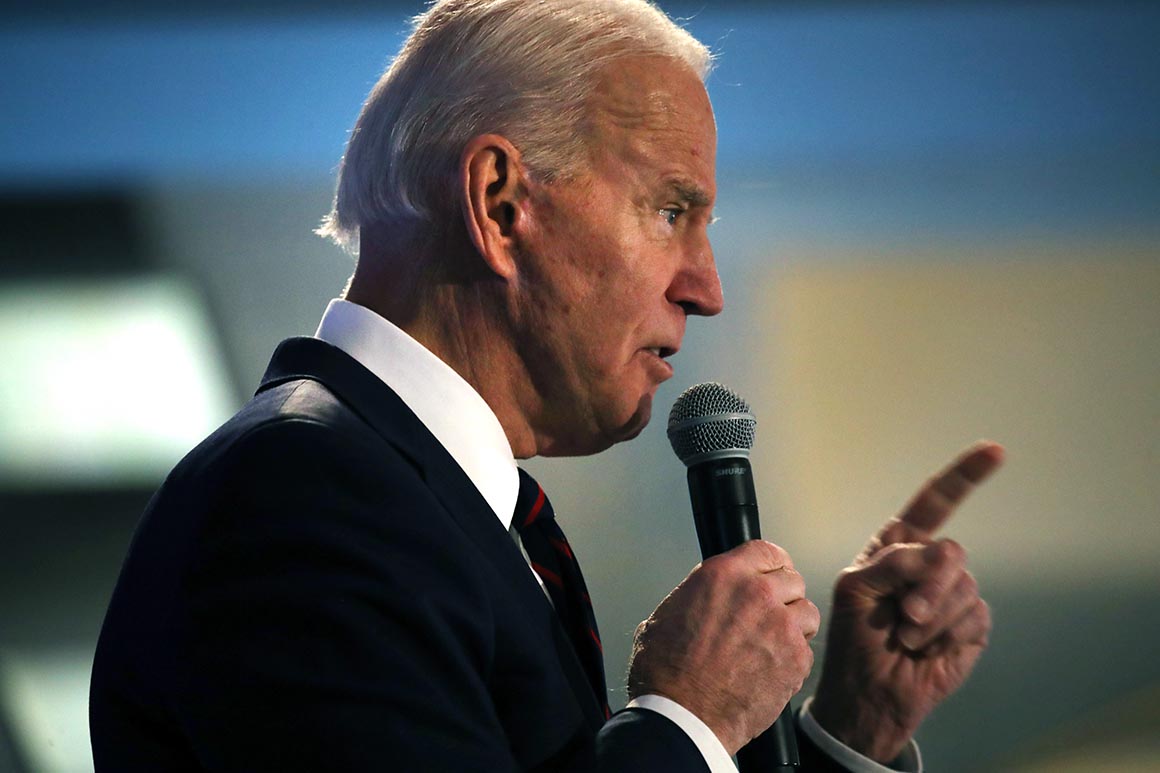 INDIANOLA, Iowa — Joe Biden accused Bernie Sanders’ campaign Saturday of issuing a “doctored video” to attack him over Social Security, a false claim that ratcheted up the tension between the two campaigns in the run-up to the Iowa caucuses.

But the video in question — of Biden’s 2018 remarks to the Brookings Institution think tank — was not doctored by Sanders, whose campaign this month stepped up criticisms of Biden’s record on Social Security.

Sanders’ campaign did say in a recent campaign email that “Biden lauded Paul Ryan for proposing cuts to Social Security and Medicare” — which PolitiFact said Sanders’ campaign got wrong. But there is no evidence that the campaign altered any video.

Sanders’ campaign bristled at the criticism from Biden — a serious charge that Democrats recently have begun to level at Republicans, including Donald Trump, for manipulating images and videos on social media. An aide said Sanders might address the criticism head on.

“Joe Biden should be honest with voters and stop trying to doctor his own public record of consistently and repeatedly trying to cut Social Security,” said Sanders Campaign Manager Faiz Shakir in a statement Saturday. “The facts are very clear: Biden not only pushed to cut Social Security — he is on tape proudly bragging about it on multiple occasions.”

Biden’s accusation came after a voter here asked about his record on Social Security — Sanders and his campaign have been attacking the former vice president’s long-standing record of entertaining cuts to the program that are anathema to progressives and many mainstream Democrats.

The criticism on Social Security is a politically damaging attack in Iowa in the closing days of a campaign where Biden is counting on older voters. Until now, Biden’s campaign has responded by pointing out his current plan calls for expanding Social Security.

But the fact that an Iowa voter asked Biden about the issue suggests that Sanders’ criticisms — which are more extensive than the single video Biden referred to and involve multiple remarks by Biden over the years — might have broken through more if Sanders had mentioned it at the Democratic debate Tuesday or put it in paid media, instead of on Twitter and Facebook.

During his remarks Saturday, Biden accurately pointed out that his plan seeks to boost Social Security spending, then demanded Sanders’ campaign issue an apology.

“It is simply a lie, that video that’s going around. And ask anybody in the press, it’s a flat lie. They acknowledged that,” Biden said. “This is a doctored tape. And I think it’s beneath him. And I’m looking for his campaign to come forward and disown it. But they haven’t done it yet.”