The cast of The Office grew with time to become more of an ensemble show. That means some of the smaller characters didn’t speak until later episodes unlike Steve Carell.

There was one actor who turned to a sleeping trick to memorize his first lines. Find out what Creed Bratton did and more about his time on the show.

Bratton, who played Creed Bratton, was a guest on Office Ladies to talk about the episode “Halloween.” It’s actually the first episode where his character really speaks.

The episode shows everyone in the office dressed in their Halloween costumes. Michael Scott (Steve Carell) is put on the spot because he has to fire someone.

Creed gets called into Michael’s office. Michael tries to convince Creed that he wants to leave the company, but he refuses. He manages to get out of the situation. “I knew you would see it my way, Michael. God Bless you!” he tells him.

The actor did get lucky before this episode by having a few lines in the episode “Diversity Day.” That’s because someone wrongly thought he was an actor that was already part of the cast. When the time came for him to get lines on purpose, he took things very seriously.

He played back his first lines while he slept

It turns out Bratton prepared a lot for his first episode. He talked about a trick he used to remember his first lines.

“This is the first time where I actually had some serious lines,” he told the hosts. “It was six and a half pages. I remember Ken threw the script down said, ‘OK here it is. This is your moment.'”

The actor obviously wanted things to work out so he got to work. “And I had memorized it forwards and backwards. I had set a timer on a little recorder. At night subliminally two and three in the morning, it would go off and play the lines while I was sleeping,” he revealed. “I had it backwards and forwards.”

His trick still didn’t work because the lines were changed

Sadly, all of that work still didn’t mean the actor was totally ready for his moment. That’s because the script was changed at the last minute.

“I knew this was the rubicon,” the actor said. He added, “My intuition said this is it and then of course we walk in the office and Greg [Daniels] came in and said, ‘By the way we made changes to the lines. We reversed them around, add some new stuff. You OK?’ I go, ‘Yeah, fine!'” However, the actor was nervous.

“‘Cause they used to do that to us all the time!” added Fischer. “We would come in and you just get new pages and then shoot the scene five minutes later.”

Kinsey mentioned that the script pages would sometimes be hot because they came straight from the copy machine. Bratton admitted that he did improvise in the scene because he was “desperate” and paraphrasing his new lines. Obviously, it all worked out because Creed had more lines in the later episodes. 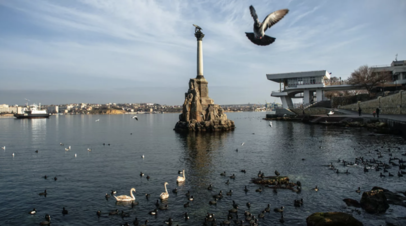 Spies often use businesses as cover