The Future of Combat Is Now: Robot Tanks Protected the Marines in a War Game 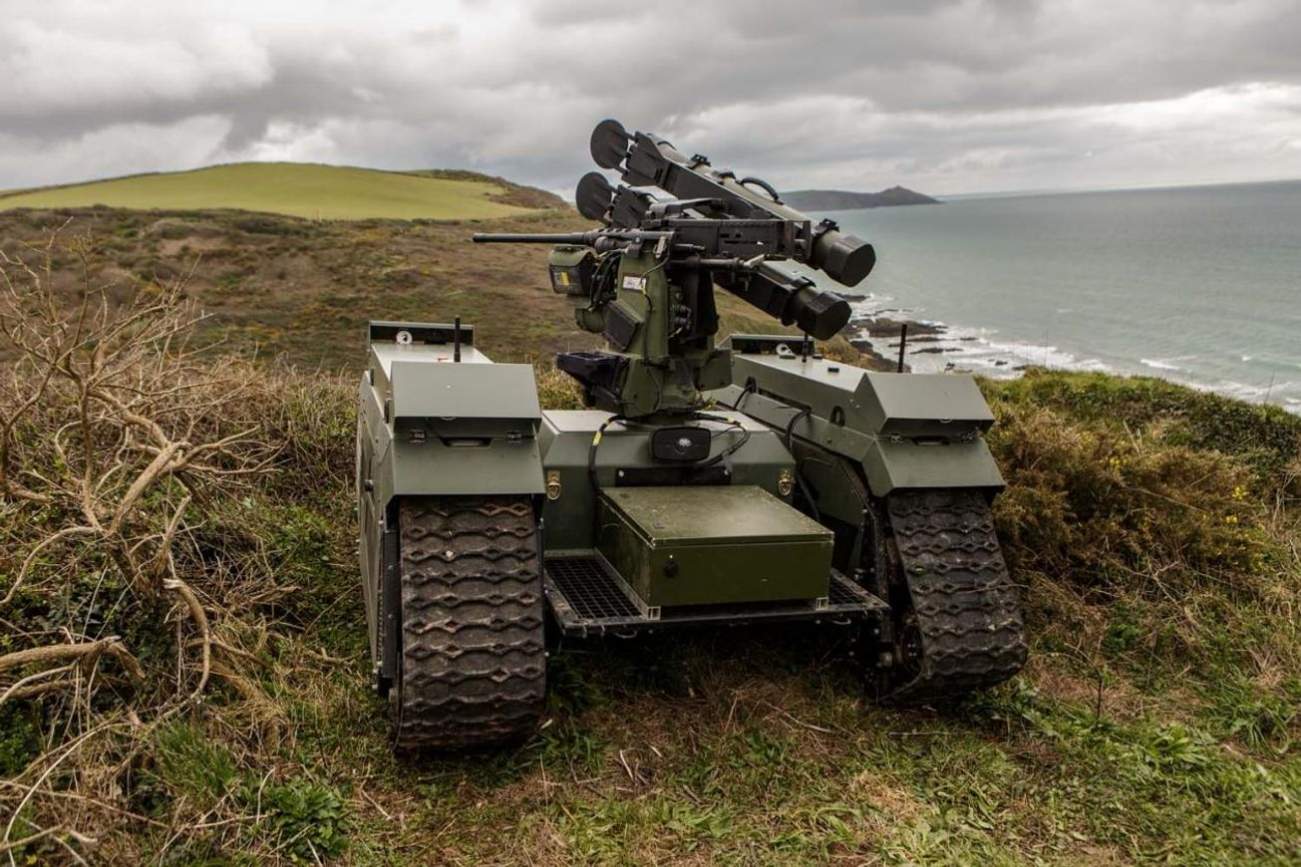 Key point: Drones are an emerging force multiplier for militaries all over the world and America is no exception. Working together with the British, both militaries practiced using robots in combat.

Robots in the air, on the ocean surface and on the ground guarded British Royal Marines as they stormed a beach during an important April 2019 war game.

The ground robot, in particular, is a new capability for the Royal Marines. The gun- and rocket-armed, tank-like unmanned ground vehicle could boost the naval branch’s firepower while helping to keep human beings out of harm’s way.

Alpha Company of the Royal Marines’ 40 Commando and their robot guardians stormed a beach in Cornwall in southwest England as part of Exercise Commando Warrior. The Royal Marines’ 1 Assault Group supported the naval infantry.

“Commando Warrior was the first time Royal Marines have used the autonomous vehicles during tactical action,” the Royal Navy reported.

While advancing towards the beach, the marines were being supported by an unmanned boat cruising the coastline looking for enemy forces both on land and at sea, using its on-board cameras and sensors.

Meanwhile, a small unmanned air system, similar to a drone, was looking from the skies for any signs of danger and two unmanned ground vehicles were providing overwatch and fire support if necessary.

The UGVs in question are variants of QinetiQ’s jeep-sized, tracked Titan.

“Titan is a highly modular platform that allows different superstructures to be mounted and integrated onto the middle vehicular platform for complex missions such as rescue, transport and reconnaissance,” QinetiQ explained on its website.

The Titan models that supported the Marines carry heavy machine guns and rockets. In a twist, one version of Titan can carry its own, smaller UGV that itself also is armed.

“With the autonomous vehicles looking on, the Royal Marines raided the beach, climbed the cliffs, took out ‘enemy’ forces patrolling and abseiled back to the sandy shore,” the navy stated of the April 2019 war game.