(Bloomberg) -- U.S. equity futures fluctuated and stocks slipped on Monday as investors weighed a weekend full of negative coronavirus news against the stimulus measures that triggered a bounce in risk assets last week. The dollar rebounded, Treasuries edged higher and oil sank.Contracts on the S&P 500 Index swung between losses and gains after President Donald Trump abruptly abandoned his ambition to return American life to normal by Easter. Abbott Laboratories surged in the pre-market after unveiling a five-minute coronavirus test. Shares in Europe followed earlier declines across much of Asia, though they came off their lows. The dollar was on course to snap a four-session losing streak.Core European bonds rose after the outbreak killed more than 3,000 in Spain and Italy over the weekend. Pessimism returned to credit markets, where the cost to insure high-yield debt jumped in both Asia and Europe, as Moscow and Tokyo joined other cities urging residents to remain at home. Brent crude extended recent losses and was set for its worst month in history, down about 54%.Investors are beginning the week digesting word that the biggest economy will stay crippled for longer after Trump heeded advice from the government’s top doctors that re-opening the U.S. in two weeks risks greater loss of life as the coronavirus outbreak accelerates. The president said in a news conference “social distancing” guidelines would remain until at least April 30, while his top infectious-disease expert said 100,000-200,000 may die.“Markets are still in uncharted territory,” said Medha Samant, director of investment at Fidelity International. “When you look at the stages of this pandemic, you’ve gone into escalation,” she said. “The epicenter has shifted to the U.S.”In the latest stimulus moves, China’s central bank lowered short-term funding rates and injected cash into its financial system, Australia announced a job-support program and limited public gatherings to just two people, while Singapore unveiled an unprecedented easing in policy.“The assumption that we can turn a switch in a month or two and everything is going to be okay is a faulty opinion,” David Kotok, chief investment officer at Cumberland Advisors Inc., told Bloomberg TV. “We are waiting to see the closer timetable of treatment, testing, and vaccine -- that’s very important to us.”Elsewhere, Australian shares were the notable exception to broad declines, with the equity benchmark surging by a record thanks to the new stimulus measures. Emerging currencies including South Africa’s rand and Mexico’s peso tumbled amid concern about debt downgrades.Quarter-end strains could add to investor nervousness on Monday and Tuesday as financial firms rein in collateral lending to shore up balance sheets, while Japanese banks face their fiscal year-end. The MSCI gauge of global equities is down about 23% since the start of the year, on course for its worst quarter since the end of 2008.These are the main moves in markets:StocksFutures on the S&P 500 Index advanced 0.4% as of 12:27 p.m. London time.The Stoxx Europe 600 Index decreased 0.8%.The MSCI Asia Pacific Index dipped 0.9%.CurrenciesThe Bloomberg Dollar Spot Index jumped 0.7%.The euro declined 0.8% to $1.1048.The British pound decreased 0.5% to $1.2398.The Japanese yen fell 0.1% to 108.06 per dollar.BondsThe yield on 10-year Treasuries decreased two basis points to 0.66%.Germany’s 10-year yield decreased six basis points to -0.53%.Britain’s 10-year yield declined six basis points to 0.305%.CommoditiesGold fell 0.1% to $1,625.72 an ounce.West Texas Intermediate crude decreased 5.2% to $20.39 a barrel.For more articles like this, please visit us at bloomberg.comSubscribe now to stay ahead with the most trusted business news source.©2020 Bloomberg L.P. 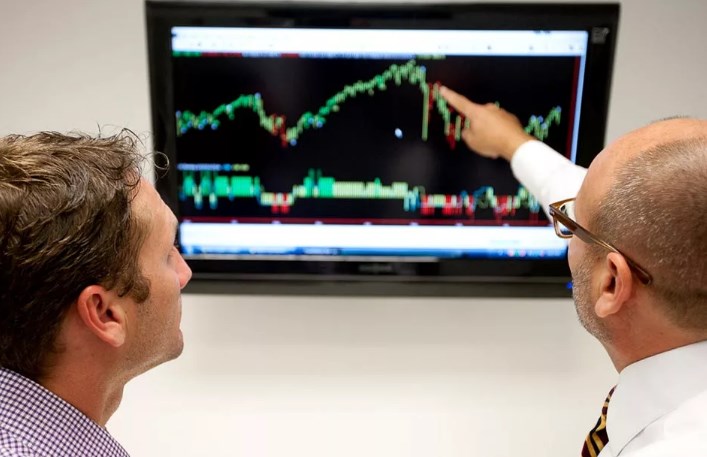