Boris Johnson Is Dangerously Ill: What Happens Next? 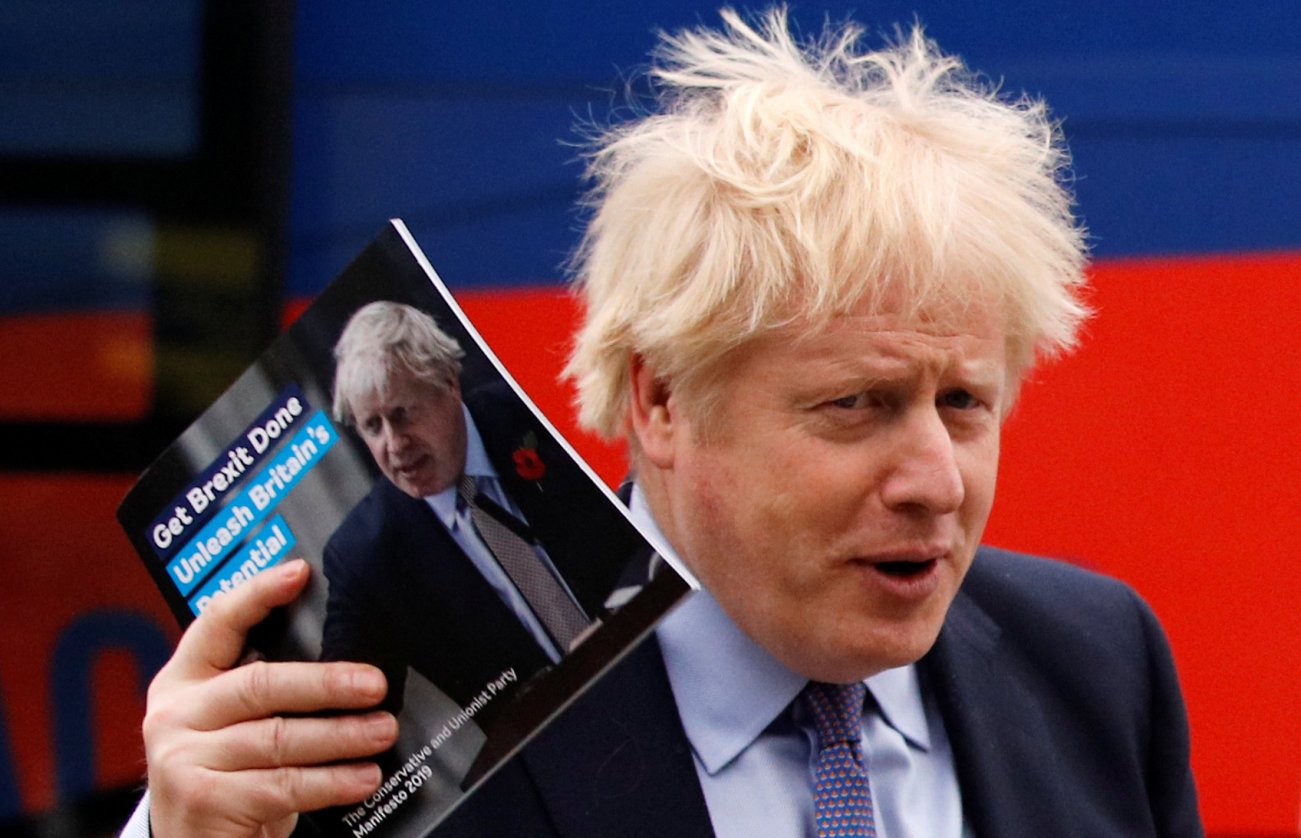 There is a chance that Boris Johnson’s recovery takes so long that it becomes unsustainable for him to remain in office. If he becomes an obstacle to the effective administration of the country, then Johnson might find himself forced to resign under pressure from his Cabinet colleagues.

The British people have experienced two occasions for national unity over the past few days. The first was a televised address from Queen Elizabeth, which was uniformly praised in the British media for its measured, calming, and encouraging tone during a time of crisis. The second was the jarring news that Prime Minister Boris Johnson, who tested positive for the coronavirus nearly two weeks ago, has now been moved into an intensive care unit (ICU) after his symptoms became acute. By raising the terrible specter that Britain could see its first Prime Minister die in office since 1865, Johnson’s hospitalization has united the country in the most unpleasant way possible—providing an unwelcome reminder that nobody will truly be safe until the coronavirus pandemic has been brought under control.

Johnson was not the first world leader to be diagnosed with the coronavirus. But he is the first to need intensive care. News of his deterioration came as a shock. For days, aides close to the Prime Minister insisted that he was only suffering from “mild” symptoms. The public was assured that Johnson faced no serious health risks—that he was self-isolating merely so that the illness could have time to pass. Indeed, the prime minister seemed well. He was still handling government business from 10 Downing Street and even chaired an online meeting of the Cabinet.

Yet nobody is admitted to a hospital’s ICU unless they are seriously unwell. It is understandable, then, that a cloud of trepidation has descended over Britain. The coronavirus is a dangerous illness, and the survival rate for people who enter ICUs is not encouraging. Even so, officials have been at pains to stress that Johnson’s condition is not so severe that he requires a ventilator. He is being administered oxygen and is under careful observation, but there has been no suggestion that the prime minister is at imminent risk of losing his life.

Moments like this are occasions for politics to be put to one side, at least momentarily. Johnson is a father, fiancé, son, and father-to-be. He is human—just like everyone else. The newly-elected Labour leader, Sir Keir Starmer, was among the first to offer his well wishes to the prime minister. Everyone hopes that Johnson makes a speedy recovery, allowing him to return to 10 Downing Street as soon as possible.

But the constitutional questions posed by Johnson’s hospitalization cannot be avoided. Thoughts, prayers, and well wishes are not a plan for continuity of government. Right now, the British establishment will already be implementing its procedures for when a prime minister is incapacitated, which includes keeping top ministers briefed on issues usually reserved for the prime minister’s eyes only. These plans are in place to ensure that decisions can still be taken at the highest levels of government no matter what.

As awful as it sounds, it is highly likely that plans are also being laid for what happens if Johnson dies in office. After all, it is a cornerstone of the British Constitution that there must always be a prime minister. As soon as one prime minister resigns or is dismissed (or dies in office—although that has not happened in over 150 years), the Sovereign always moves quickly to appoint another. In normal circumstances, there is an obvious candidate for office waiting in the wings. If not, a sitting prime minister is expected to delay resigning from office until such a person can be identified.

At the moment, however, there is no designated replacement for Johnson should he die or become too ill to continue in office—at least not one that has been made public. Dominic Raab, the foreign secretary, has been named as Johnson’s deputy during his period of self-isolation, but there is no constitutional rule to suggest that Raab would automatically become prime minister in the event of Johnson’s resignation or death. It would be up to the Queen to appoint a successor.

Behind the scenes, Buckingham Palace is probably working hard to identify the replacement for Johnson should a new prime minister need to be appointed. This is a process that will be taking place in conjunction with senior Conservative politicians, and perhaps even the leader of the Opposition. The priority will be to avoid any additional uncertainty and instability and to ensure that Britain does not go long without a functioning government headed by an able prime minister.

What if Johnson remains ill but chooses not to resign? Can he continue as prime minister from his sickbed, even if he is too weak to carry out his duties? The answer is yes. Johnson’s hero, Winston Churchill, refused to consider resigning as prime minister after having a debilitating stroke in 1953, for example, even though those closest to Churchill feared that he would never recover. Anthony Eden was sickly throughout his tenure at 10 Downing Street.

In Britain, prime ministers can only be removed from office if they resign (usually after losing an election or a vote of no confidence in the House of Commons) or if they die. If neither of these things happens, then Johnson will remain in office for as long as he so desires. Even if his illness, recovery, and convalescence drag on for several weeks or even months, Johnson will be able to stay in office if he is determined to do so. He would simply rely upon his Raab to carry out his usual duties such as chairing Cabinet meetings. If the prime minister’s decision was needed on some urgent issue—to exercise a prerogative power, for example—then he would presumably do this remotely, or else a small circle of senior Cabinet officials would make decisions on his behalf.

There is a chance, of course, that Johnson’s recovery takes so long that it becomes unsustainable for him to remain in office. If he becomes an obstacle to the effective administration of the country, then Johnson might find himself forced to resign under pressure from his Cabinet colleagues. Usually, prime ministers resign by visiting the Queen at Buckingham Palace. In this instance, that particular tradition would not be possible. But if Johnson signaled his inability or unwillingness to continue as the country’s leader, a new prime minister would be appointed in his stead. There would always be a chance that Johnson could be reappointed by Her Majesty in the future, but this could only happen if Johnson’s successor agreed to stand aside. In Britain, there is no such thing as “interim” or “acting” prime minister.

In sum, Johnson’s illness raises the possibility of some serious political uncertainty in the near future. The best outcome would be that the prime minister undergoes a quick and seamless recovery. The most terrible scenario would be that he dies in office. Right now, officials in Whitehall and Buckingham Palace will be working overtime to ensure continuity of government whatever happens. The whole country is hoping that the most extreme contingency plans never have to be put into action.

Peter Harris is an assistant professor of political science at Colorado State University. You can follow him on Twitter:@ipeterharris.

Ranking the global impact of the coronavirus pandemic, country by country

Live tracker: How many coronavirus cases have been found in each U.S. state?

Letter from the ECB President to Mr Marco Zanni, MEP, on cash payments