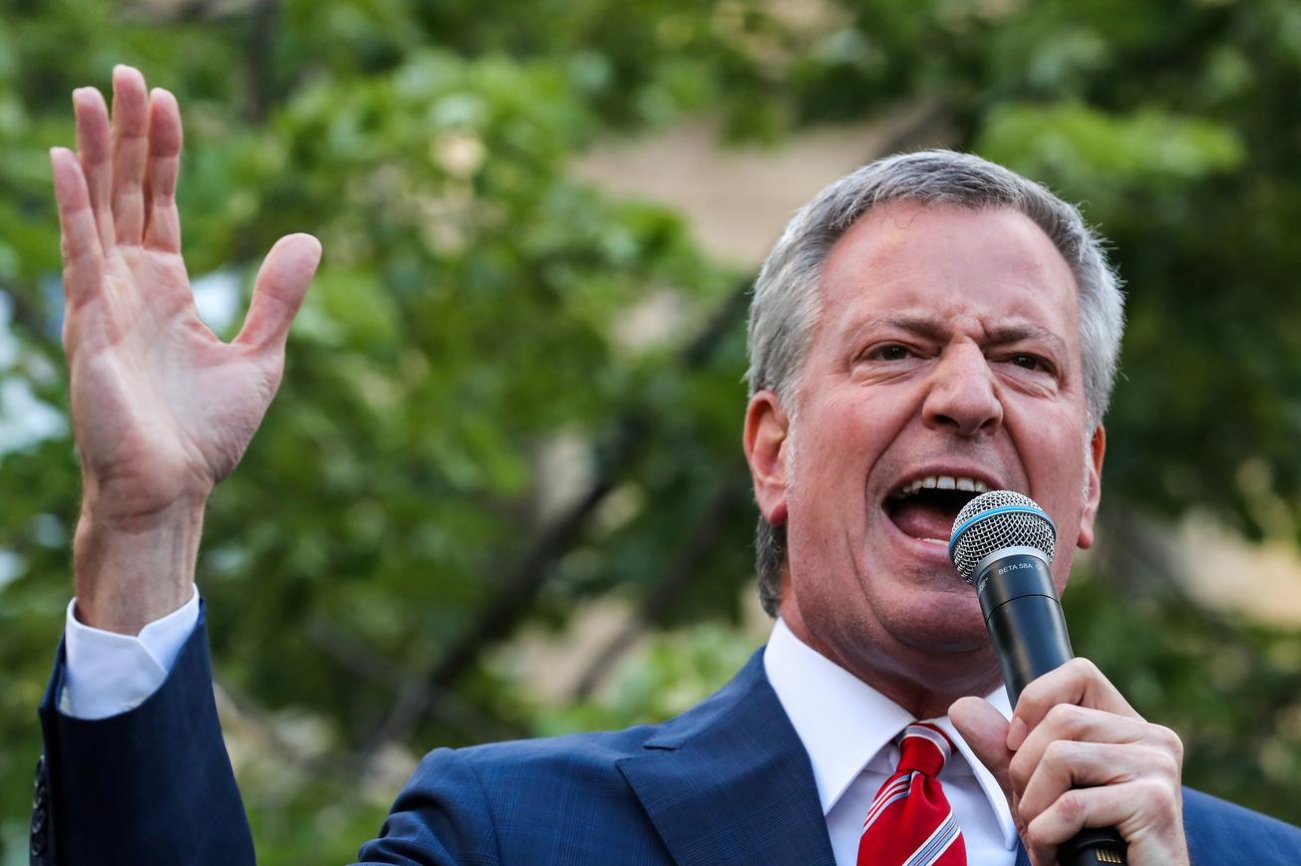 He says the virus hits "lower-income communities” and “communities of color” harder.

“This disease is affecting people disproportionately in lower-income communities” and “communities of color” in particular, de Blasio said in a statement.

Data on patients’ age and gender are available, but tracking such information on race amid a health crisis is more difficult, he added.

De Blasio, a Democrat, was referring to what he and others believe is a racial component to coronavirus, which originated in Wuhan, China in early December before canvassing the globe, killing tens of thousands of people in the process. Other Democrats have expressed similar sentiments.

New York Rep. Alexandria Ocasio-Cortez, for instance, said in an April 3 tweet that long-term environmental racism and income inequality were underlying reasons why the virus is impacting black neighborhoods.

“Inequality is a comorbidity,” Ocasio-Cortez told her Twitter followers before suggesting reparations should go to those people who are the hardest hit. “COVID relief should be drafted with a lens of reparations.” Some civil rights activists believe data on race is the only way to determine a solution to the coronavirus, or COVID-19.

“Our ability to fully understand and confront this pandemic requires and demands that we obtain racial data now,” Kristen Clarke, president and executive director of the Lawyers’ Committee for Civil Rights Under Law, told NBC News Tuesday. Her group is calling for the release of racial and ethnic data on infections, as well as testing and deaths, NBC noted.

De Blasio, for his part, received scorn for downplaying the virus in February and early March. His office and New York City Health Commissioner Oxiris Barbot took turns telling citizens in those months that the virus was not as widespread as people thought. Data now show that the city is becoming the epicenter for the coronavirus, which has killed 883 New Yorkers.

Content created by The Daily Caller News Foundation is available without charge to any eligible news publisher that can provide a large audience. For licensing opportunities of our original content, please contact [email protected]

Yves Mersch: An ECB digital currency – a flight of fancy?