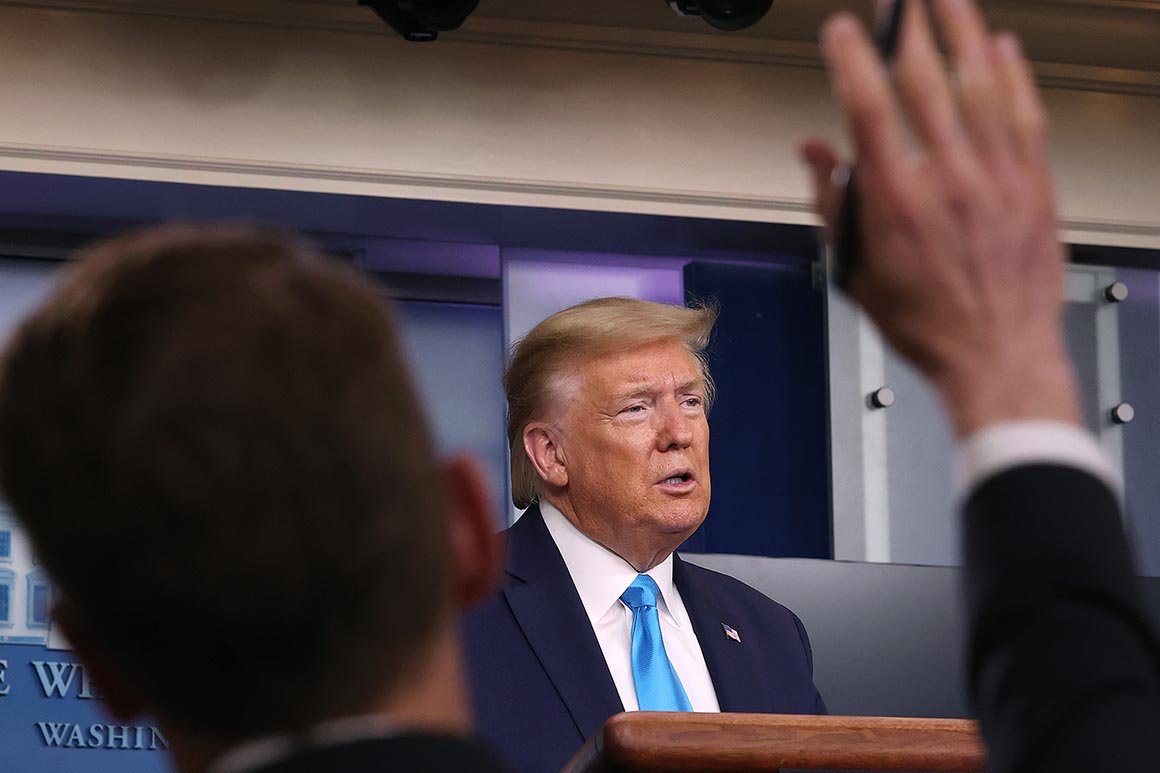 The Trump administration is weighing a partial lift of the clampdown on sending medical supplies that has prevented the U.S. Agency for International Development from shipping protective gear to countries in desperate need of help fighting the coronavirus, according to U.S. officials familiar with the matter.

Agencies are discussing a draft presidential memorandum outlining the proposal, which has yet to land on the president’s desk. The memo is titled “Essential Medical Supplies for Foreign Assistance” and would allow the direct procurement of some supplies for foreign countries, according to the officials.

The memo, if approved and then signed by President Donald Trump, would partly overturn the freeze on some coronavirus aid that had been put in place in recent weeks. A government review process effectively froze the delivery of protective gear to at least 13 countries, including Vietnam, Bangladesh, Armenia and the Philippines.

The order would take into consideration the domestic shortages of personal protective equipment still plaguing the U.S. — a politically charged subject as the Trump administration scrambles to find urgently needed masks, gloves and other gear for doctors and nurses treating patients stricken with Covid-19, as the disease caused by the virus is known.

“It’s actually quite sensible because it recognizes that we have a shortage of supplies here,” said a U.S. official.

To prevent USAID from giving away protective gear that is needed in the U.S., the Federal Emergency Management Agency and the Department of Health and Human Services have made a list of what’s in short supply in the U.S., one of the officials said.

The memo would also clarify that USAID could continue to give medical supplies for existing global health programs, whether fighting HIV/AIDS or combating Ebola. “It’s helpful for that, to have something for that to continue,” one of the officials said. “So that’s positive.”

The memo originated in the National Security Council and is four pages long, according to officials who described its contents. It has circulated among agencies in recent days and is being reviewed by the departments of State, Defense and Homeland Security, as well as USAID.

Secretary of State Mike Pompeo alluded to the dilemmas the outbreak was presenting for U.S. policymakers and aid officials in remarks to reporters on Tuesday.


He announced that the U.S. would devote an additional $225 million in “health, humanitarian and economic assistance” to help other countries respond to the virus — on top of some $274 million the U.S. already has committed.

But he also said the U.S. plans to keep protective gear to itself, rather than donate it to other countries, because of the domestic shortages. The new funding instead will cover virus diagnosis, lab preparation and training medical professionals abroad, among other things.

Pompeo stressed that the U.S. remains the world’s leading humanitarian donor and that its aid is “high-quality, transparent and meaningful.” Those comments were a dig at Beijing, which has touted its own aid efforts in the wake of the virus but whose donated equipment has in several cases proved faulty.

Some Democrats have criticized Trump for letting almost 18 tons of medical supplies — including masks, gowns, gauze and respirators — be sent to China in February to help fight the outbreak. Administration officials reject that criticism, noting that the supplies sent to China came from private donations, not the Strategic National Stockpile.

Spokespeople for the NSC and USAID did not respond to requests for comment.

Nahal Toosi contributed to this report.