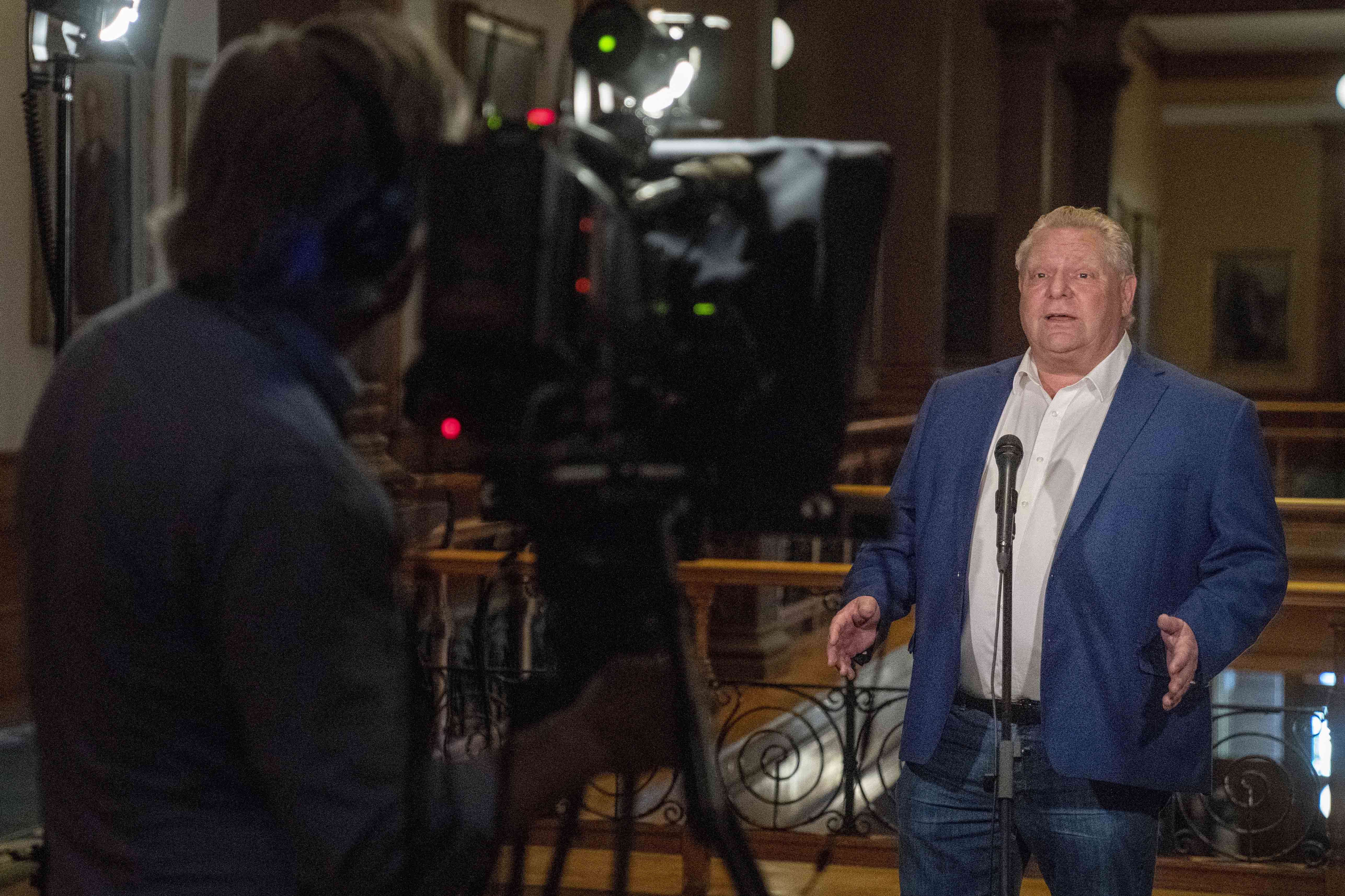 OTTAWA — A disturbing new report from the Canadian military paints a picture of severe neglect inside several of Ontario’s long-term care homes struggling with the Covid-19 pandemic, including observations of insect infestations, staffing shortages and patients being underfed and left in soiled diapers.

The report details insufficient staff training and inadequate protocols to stop the spread of the virus, with employees reusing personal protective equipment between residents and, in one home, residents with Covid-19 being allowed to wander through the facility.

The report, dated May 14, is based on the observations of Canadian Armed Forces personnel who were deployed to five hard-hit centers on April 28 to help provide medical care during the pandemic. It was made public on Tuesday by the Ontario government.

Ontario Premier Doug Ford vowed to fix the province’s “broken” long-term care system and said an investigation has begun into the military’s findings. “The reports they provided us were heartbreaking. They were horrific,” a visibly emotional Ford told reporters on Tuesday. “It’s shocking that this can happen here in Canada. It’s gut-wrenching. And reading those reports was the hardest thing I’ve done as premier.”

Prime Minister Justin Trudeau said he was made aware of the report’s existence on Friday and read it on Monday. “It is deeply disturbing. There are things in there that are extremely troubling,” he said during his daily briefing. “We need to do a better job of taking care of our elders in long-term care facilities.”

Trudeau said the federal government is “there to help” provinces as they address deficiencies in long-term care, which is a provincial responsibility. To date during the pandemic, Ottawa has deployed nearly 300 military personnel to Ontario care homes, and more than 1,500 to homes in Quebec. Public health officials have said roughly 80 percent of Canada’s Covid-19-related deaths are linked to long-term care homes. On Tuesday, Trudeau said Quebec and Ontario have each asked for the military assistance in care homes to be extended.

In one facility, patients were observed crying for help with staff not responding for more than two hours. The report also notes serious hygiene problems, including patients being left in soiled diapers or on bare mattresses due to a lack of clean linen. At the Altamont Care Community, many residents had been bed-bound for several weeks when military personnel arrived, and there was “no evidence of residents being moved to wheelchair for parts of day, repositioned in bed, or washed properly.” Personnel at that facility also reported that residents were underfed — due to staff shortages, most residents were not getting three meals a day.

The report also documents abusive behavior toward residents, including “degrading or inappropriate comments directed at residents.” There are reports of “forceful feeding” and hydration of residents causing “audible choking.” In one instance at the Orchard Villa, residents were sometimes being fed while lying down, which seems to have contributed to one patient’s death by choking. Ford said the investigation of the care homes will include a coroner’s investigation and that results will be provided to police.


The report notes serious understaffing, high staff turnover and a lack of training of new employees, and warns that the well-being and morale of staff are at risk. “Many are overworked, seem burned out and have no time off (some have not seen their families for weeks),” reads the section pertaining to the Eatonville Care Center. Military members there also reported a “general culture of fear to use supplies because they cost money.”

The report cites a number of concerns around infection control within the care homes, with staff using the same personal protective equipment, including gloves, to treat multiple residents. Residents with Covid-19 were also reported to be rooming with those who had not tested positive.

Ford promised to “move heaven and earth” to fix a system he said has been “broken for decades.” But he also insisted the problem is not limited to his government, nor to his province, pointing out that Quebec is facing similar problems. “I take full accountability for the system that we inherited,” he said. “The buck stops with me, and I take ownership. I take full ownership of this.”

The Ontario government has promised an independent commission will look into the province’s nursing home sector, beginning in September, but has thus far stopped short of ordering a full public inquiry. On Tuesday, Ford said he’s “not ruling out anything after reading this.”

Since being deployed to long-term care homes in Ontario and Quebec, 36 military members have been diagnosed with Covid-19. To date, more than 6,600 people have died of the disease in Canada. Launch of the 2020 Regional Economic Outlook Report for East Africa