Investors in Capital One Financial (COF) need to pay close attention to the stock based on moves in the options market lately. 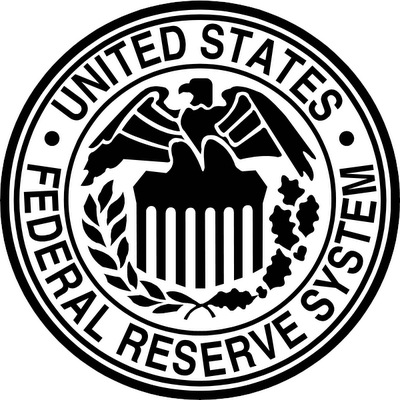 Shares of Amazon (AMZN) surged more than 1.2% in late-morning trading Monday after new reports linked the company to the financial industry.

Over the past year, the Wall Street Journal has published scoop after scoop about the innerworkings of Amazon.com - publishing revealing stories about everything from the company's plans to compete with UPS and Fedex to its decision to slash prices at Whole Foods. Today the Murdoch-controlled paper (which competes with the Bezos-owned Washington Post) published its latest bombshell: Amazon is currently in talks with several of the country's largest banks to launch a checking-account-like product, in what appears to be Bezos' initial foray into yet another industry, perhaps the biggest of them all: banking. Though plans are still in their early stages, the talks with financial firms are focused on creating a product that would appeal to younger customers and those without bank accounts. Whatever its final form, the initiative "wouldn’t involve Amazon becoming a bank" WSJ sources explained, which is somewhat since that is precisely what Amazon hopes to become by offering checking accounts, with loans to follow and iBanking services and prop trading on deck next. As a reminder, Amazon already offers an Amazon-branded Visa card that, among other benefits, allows customers to save money on purchases at Whole Foods, and on Amazon's store, with a 5% cash back on Prime purchases. A checking account would only further entrench the Seattle-based e-commerce giant in the lives of its customers. If the product emerges, it would further inject Amazon into the lives of those who shop on its website and at its Whole Foods grocery stores, read on its Kindles, watch its streaming video and chat with Alexa, its digital assistant. Offering a product that is similar to an own-branded bank account could help reduce fees Amazon pays to financial firms and provide it with valuable data on customers’ income and spending habits. The company’s latest push also answers a question that bank executives have been asking with increasing worry: When will Amazon show up on their turf? With millions of customers, troves of data, access to cheap capital and seemingly unlimited leeway from its investors to enter new businesses, Amazon is a fearsome competitor. Its more-than $700 billion market value eclipses the combined value of JPMorgan and Bank of America Corp , the two biggest U.S. banks. In a prudent move, Amazon isn't trying to enter banking directly - the company certainly has the cash to acquire any of the smaller US banking chains; rather, it's hoping to recruit banking partners, allowing the company to avoid coming under the thumb of financial regulators, at least initially. As WSJ points out, Amazon's approach shows how post-crisis financial regulations have helped entrench existing players while disadvantaging any companies, like Amazon, that would like to challenge the status quo. Amazon clearly wants to avoid any burdensome regulation that could constrain its growth into other industries. In banking, however, Amazon appears to be arriving more as a partner than a disrupter. Last fall, it put out a request for proposals from several banks for a hybrid-type checking account and is weighing pitches from firms including JPMorgan and Capital One Financial Corp., some of the people said. It is too early to say exactly what the product will look like, including whether it would give customers the ability to write checks, directly pay bills, or access to a nationwide ATM network. JP Morgan, Bank of America and Capital One are all in the running for the lucrative agreement, which WSJ points out would allow the banks to keep a close eye on one of their largest customers that could someday become a potential rival. Amazon already has a good relationship with JP Morgan, which has only been strengthened by the two companies partnership, along with Warren Buffett's Berkshire Hathaway, to launch a new health-care venture that would help provide care for the company's employees. For JPMorgan or Capital One, winning the assignment would be a chance to keep a potential competitor close and strengthen ties to a company that is popular among millennials, whose financial habits are changing quickly. In a recent poll of 1,000 Amazon customers conducted by LendEDU, an online student lender, 38% said they would trust Amazon to handle their finances equally as they would a traditional bank. JPMorgan is already close to Amazon. It has issued Amazon-branded credit cards since 2002, and the two companies are teaming up along with Berkshire Hathaway Inc. on an initiative to tackle rising health care costs for their employees. JPMorgan CEO James Dimon has said he nearly joined Amazon as an executive in the 1990s. He remains an admirer of the company’s CEO, Jeff Bezos, whom he called a “friend of the family” at an investor presentation last week. Capital One, meanwhile, is one of the largest bank users of Amazon’s cloud-computing business. Creating a checking account strictly for Amazon customers could help the e-commerce giant save on payments-related fees - though the arrangement would be much more complex than a simply co-branded credit card. Amazon's push into checking comes as the company hopes to bring Amazon Pay to its brick-and-mortar rivals. A checking account product would likely create important and useful synergies for Amazon Pay. It's worth pointing out that Amazon's reported push into checking comes as US consumers shoulder an ever-increasing share of debt. As the Fed pointed out two weeks ago, US consumer non-mortgage debt in the US has never been higher: As of December 31, 2017, US households had a record $1 trillion of credit card-revolving loans, a record $1.3 trillion of auto loans and a record $1.5 trillion of student loans. To be sure, Amazon isn't the first retailer to make a push into the financial space: Back in the early 1980s, Sears purchased brokerage Dean Witter - a deal that was dubbed "stocks and socks." In retrospect, that particular plan did not work out. * * * Meanwhile, putting the news in context, Amazon is much larger than both JP Morgan and Bank of America combined, which is why a joke published on twitter by one technology reporter could prove eerily prescient... Stories claiming Amazon to buy JPMC in 3...2...1... https://t.co/5FTtK52NjY — James Wester (@jameswester) March 5, 2018

Why Is E*TRADE Financial (ETFC) Down 5.2% Since its Last Earnings Report?

E*TRADE Financial (ETFC) reported earnings 30 days ago. What's next for the stock? We take a look at earnings estimates for some clues.

How to Earn a Safe 6% Yield

When people talk about stocks, they’re likely referring to common (not preferred) shares. But understanding the difference can protect - and even boost - your returns.

Why Is Capital One Financial (COF) Down 7.5% Since its Last Earnings Report?

Capital One Financial (COF) reported earnings 30 days ago. What's next for the stock? We take a look at earnings estimates for some clues.

The Writing's On The Wall