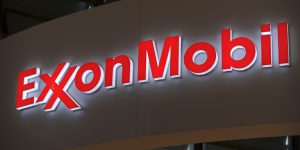 Shell Selects Watkins as President for Its U.S. Operations

Watkins is going to take over the title of President for Shell's (RDS.A) U.S. operations from Culpepper on Jan 1, 2019.

ExxonMobil (XOM) is working to reduce its environmental footprint and also counter accusations by environmentalists through various moves.

Does This Energy Deal Signal A Dollar Bear Market?

By Chris at www.CapitalistExploits.at Market dislocations occur when financial markets, operating under stressful conditions, experience large widespread asset mispricing. Welcome to this week’s edition of “World Out Of Whack” where every Wednesday we take time out of our day to laugh, poke fun at and present to you absurdity in global financial markets in all its glorious insanity. While we enjoy a good laugh, the truth is that the first step to protecting ourselves from losses is to protect ourselves from ignorance. Think of the “World Out Of Whack” as your double thick armour plated side impact protection system in a financial world littered with drunk drivers. Selfishly we also know that the biggest (and often the fastest) returns come from asymmetric market moves. But, in order to identify these moves we must first identify where they live. Occasionally we find opportunities where we can buy (or sell) assets for mere cents on the dollar – because, after all, we are capitalists. In this week’s edition of the WOW: ExxonMobil In January of this year, ExxonMobil spent a whopping $6.6 billion on new oil leases - a sizeable amount even for Exxon whose net income in 2016 was $7.8 billion. This was their biggest deal since the buyout of XTO Energy in 2009 when, after largely ignoring shale oil for a decade, they played catch up shelling out $41 billion for XTO - all of it in Exxon stock. More on that in a moment... A popular narrative around this deal is the following: This is dollar bearish. After all, oil and the dollar are relatively inversely correlated so why would you go spend a bunch of money on oil assets if you thought the dollar was going materially higher? You probably wouldn't, so what makes Exxon special and why should we pay attention to them? Why have so many analysts been pontificating over Exxon's moves? After all, companies, even behemoths like Exxon, get it wrong all the time. Insider knowledge: Since Rex Tillerson, former CEO of Exxon had just been appointed Secretary of state, and it figures that old Rex would have spent some time on the golf course with the Donald, and after chatting about that cute new intern with the lazy eye, he would have gathered some insights into Trump's game-plan. And so to see XOM turn around and do this deal, it's understandable to assume there's some plausibility to a Trump administration that will actively devalue the dollar sending commodities in general and certainly the black stuff higher... at least in greenbacks. Maybe... Here's a 20-year chart of Exxon Mobil. There are many many things which affect prices. Investor psychology, currency risk, sector risk... and algos... Yes, those blasted algos which I'll come to in a minute. But first take a look at the valuations numbers for XOM. If you really think that XOM is worth 44x Earnings then please share with me whatever drugs you're taking. Taking a look at earnings growth vs share price growth for the last five years (till Year end 2016) we can see that the share price increased by 7.2% from $84.76 to $90.89, all the while EPS decreased by 78.2% from $8.67 to $1.89. Whoah! Ok, so the share price has backed up a fraction and is around $83 today not $90, but we're still staring at an over 70% collapse in EPS. 78% actually. Essentially earnings are flat while the share price has been rocketing higher. Mmmm... Cyclical It's worth remembering that commodity markets are cyclical. They do well in good times and poor in bad. Markets it is said are forward looking. In this respect maybe just maybe investors are thinking that XOM can grow into the valuation and are pricing in this growth. In order for this to happen then presumably we're going back to $100 oil. Perhaps... Here's what I think is really happening: Machines are buying everything from currencies to equities, bonds, and anything in between. The algos dictate where the capital gets allocated. Where this matters for a company like Exxon is that it sits in a number of the "low vol ETPs" - I wrote about these animals before. So essentially what happens is the algos buy the low vol equities and ETPs, and ironically their buying depresses the volatility even more, causing the algos to recalibrate and add additional weightings to the equities exhibiting low volatility, causing more buying. Think of a fat kid eating candy. It tastes good so he stuffs more into his face, and that too tastes good so he shovels some more in. When he vomits we don't know but vomit he will. So while the stock price is elevated you have to ask yourself the question: What would you do if you were Exxon management, staring at an overvalued stock price and being in the business of energy? I know what I'd do... I'd use my paper to acquire relatively undervalued assets. It's the perfect trade and it's got bugger all to do with my view on the dollar. Even if I overpay a little on the asset if I'm doing so with very overvalued paper then net-net I'm arbitraging the value difference. Question Cast your vote here and also see what others would do Have a good weekend! - Chris "Just remember that a pat on the back is only 18 inches from a kick in the behind." — Rex W. Tillerson -------------------------------------- Liked this article? Don't miss our future missives and podcasts, and get access to free subscriber-only content here. -------------------------------------- 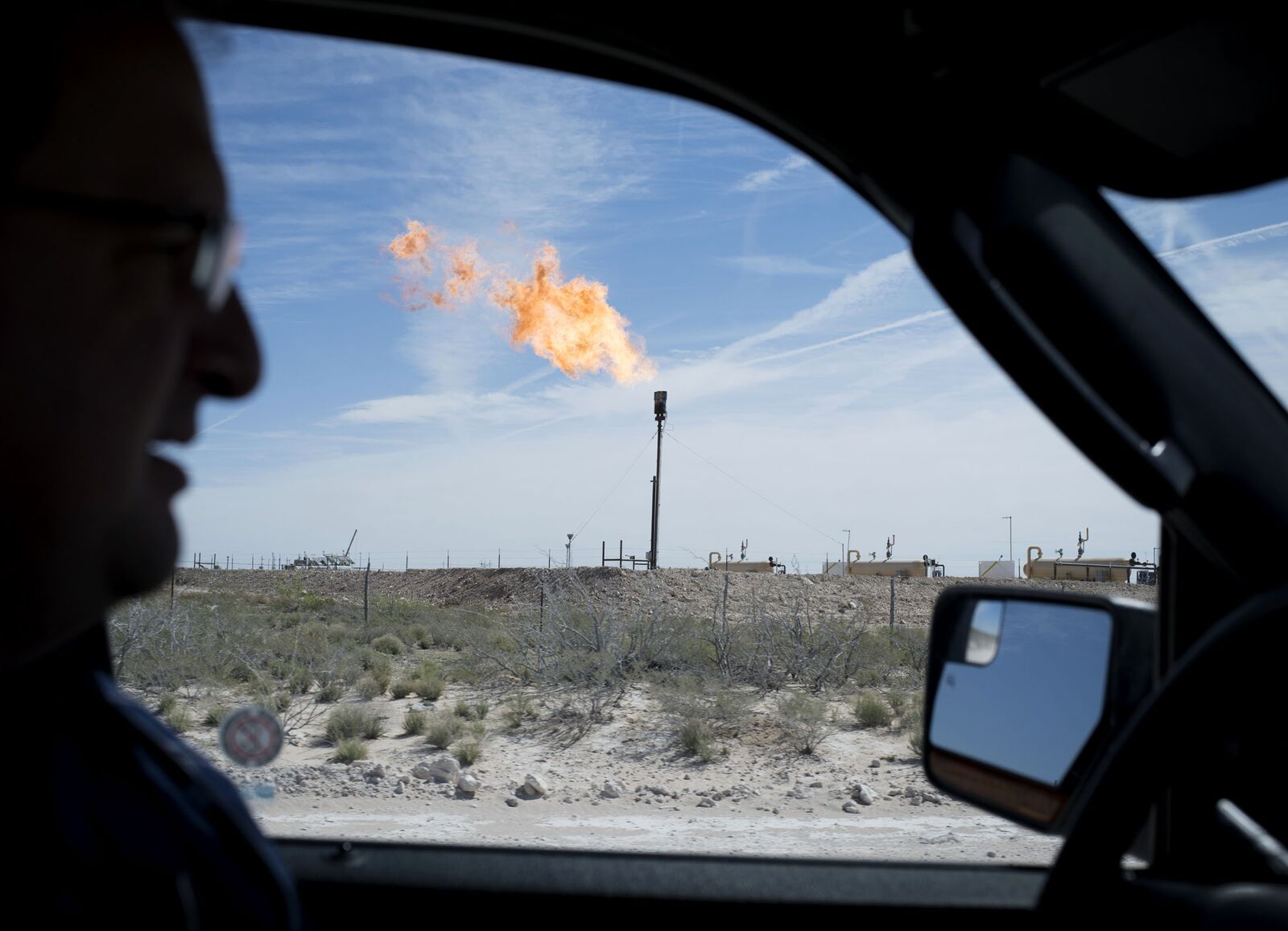 ExxonMobil Corporation (XOM) recently announced its decision to appoint Darren Woods as the chairman and CEO.

The ExxonMobil CEO has been criticized for his close ties to Russia. 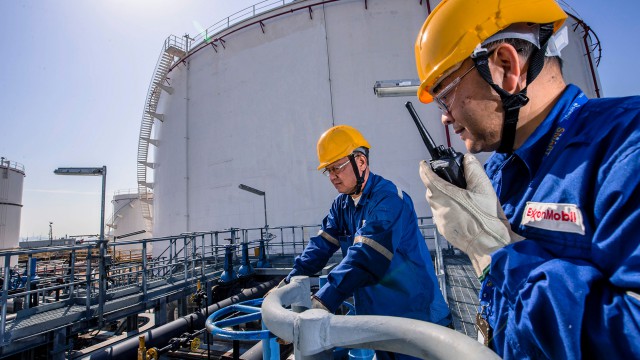 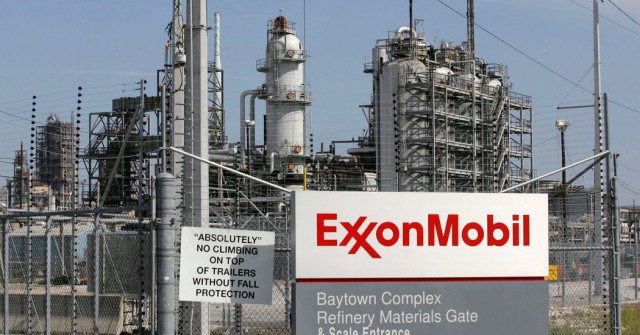 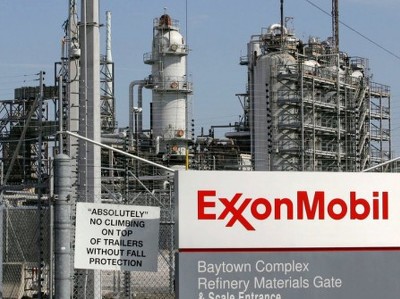